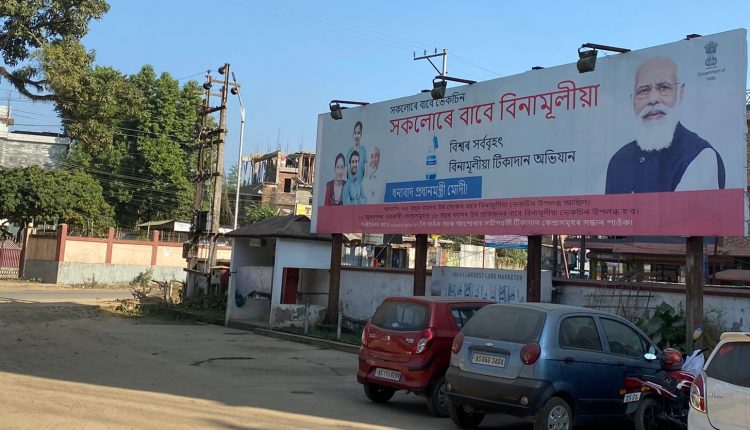 It has only been a month since the poster defacing row unfolded in the state. At Silchar Railway Station, there was a ‘Jal Jeevan Mission’ advertisement that carried only Assamese script. Barak Democratic Front (BDF) and All Bengali Young Students’ Organisation (ABYSO) members, as a mark of protest, defaced the poster which led to the arrest of two individuals. It was in that same Railway Station, eleven martyrs laid their lives to secure Bengali as an official language. The protesters said that the Assamese-only advertisement is a categorical insult to the martyrs of May 19, 1961.

A month later, there is another billboard that sparks controversy. In Meherpur Silchar, there is a huge hoarding featuring Prime Minister Narendra Modi that promotes free vaccination. The advertisement ignores Bengali as it carries only the Assamese language.

“I am deeply saddened or to be more accurate I am shocked to see another banner of Government of India written in the Assamese language. Even after so many protests and hustle and bustle, the same thing has been repeated. What can be the reason behind it? Does it question the unity of the Bengali people of Barak Valley? Are we not united enough to fight against the violation of Section 5 of THE ASSAM OFFICIAL LANGUAGE (AMENDMENT) ACT, 1961?” said Pradip Dutta Roy, chief conveyor of Barak Democratic Front. 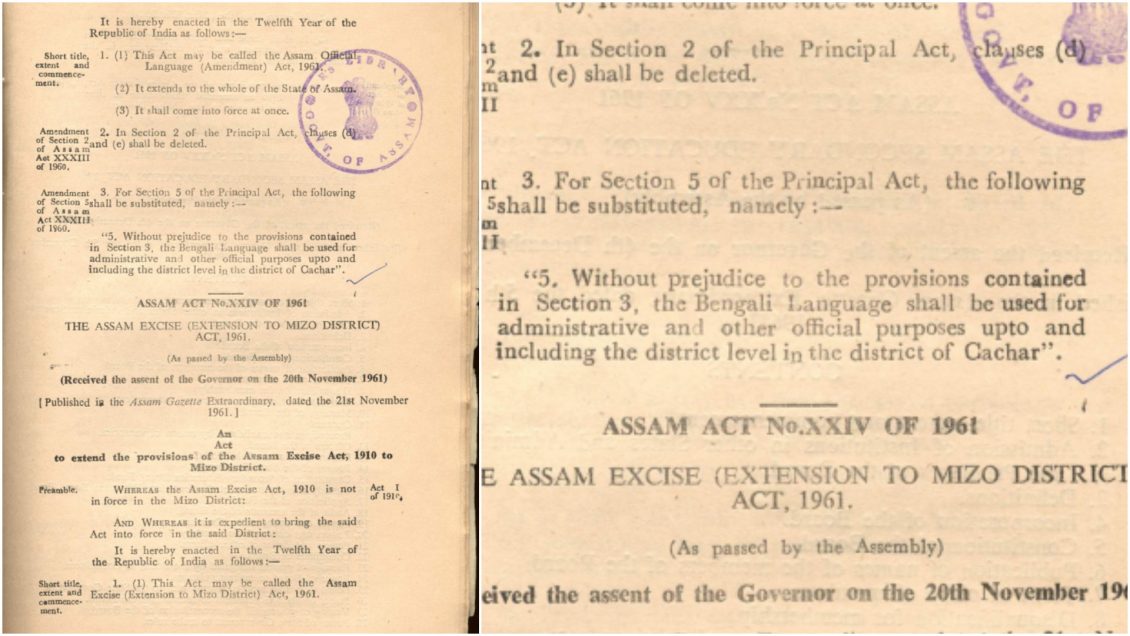 “Time and again Assam laws are being violated by the Govt. After whatever has happened, all I can say is that a protest cannot be won single-handedly. If the local people support this kind of thing, then let this be. However, if I get the support of the Bengali people of Barak Valley, then BDF is always ready to fight against anything wrong happening to our mother tongue,” adds Pradip Dutta Roy, who is also the founding president of All Cachar Karimganj Hailakandi Students’ Association that played a pivotal role in getting a Central University in Barak Valley.

Last time, when the ABYSO and BDF members defaced the advertisements, the actions were heavily criticised by the MP, MLA, Minister from Cachar district. Even professors and other intellectuals condemned the blackening of the poster. However, the same set of people maintained that Bengali as the official language must be respected by the administrations in Barak Valley. A senior officer in Cachar District administration Barak Bulletin spoke with said this advertisement in Assamese is a “Repetitive mistake”. Once or twice can be a mistake but now it seems mistake is the norm and usage of Bengali is just an exception.

“Just like the unity and sweat of farmers have compelled the Govt to repeal the farm laws, similarly if all the Bengali people of Barak Valley unite, then together we can give a respectable place to the Bengali Language in Assam,” adds Pradip Dutta Roy.

Moreover, if the purpose of the advertisement is to promote an important aspect like vaccination, shouldn’t it be printed in a language that 90% of the population understand, read and write? Or is it that the giant Assamese-only posters carry a stronger message between the line. Last time when the Government poster was defaced, the administration had lodged an FIR ignoring its own mistake. How Cachar District Administration reacts this time remains to be seen.