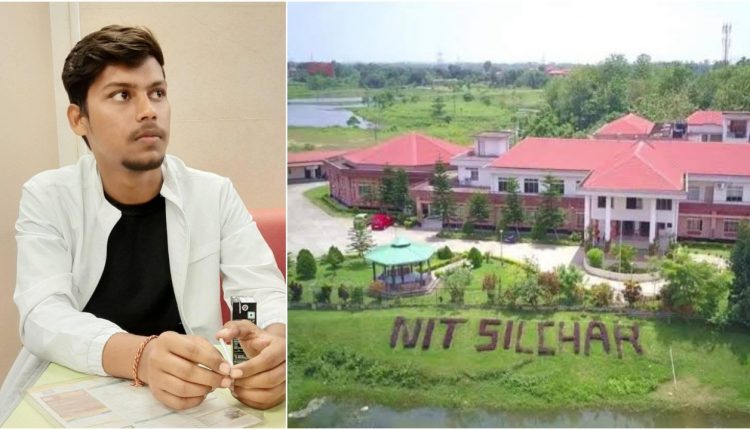 Today a few students and faculties met for the condolence meet at the National Institute of Technology Silchar. This is the second such meeting in the last four months. Another student of NIT Silchar has killed himself.

Second-year student of NIT, Kaushal Singh killed himself. “We have got the information from his family that he has committed suicide. We do not know about the reason or the circumstances under which he has done the same,” said professor, Nalin Behari Dev Choudhury – Head, of Electrical Engineering Department and the Registrar of NIT.

The student is a resident of Darbhanga district in Bihar and allegedly killed himself at his own house. “We have got the information through family sources. We got to know that he was cremated yesterday, and therefore, we organised the condolence meet today at the institution,” shared professor Dev.

Sharing information about Kaushal Singh, Dev said, “He was a bright student and scored nine points out of 10. He was an active member of NIT Silchar’s dance club and a class representative. He was active on social media and was in touch with his classmates. He is not somebody who has flunked his exam and was under pressure.”

On September 24, 2020, a resident of a posh area in Nehru Nagar, Agra, Shubankar Pandit – a third-year electrical engineering student of the National Institute of Technology, Silchar had killed himself. Pandit had shot himself with his father’s service revolver.

Rakesh Pandit, father of Shubankar had alleged that his son was under immense pressure at NIT Silchar and one dean had refused to meet him despite many requests. Speaking with Barak Bulletin, Rakesh Pandit had alleged that his son was not allowed to sit for the examination as he did not have the requisite attendance. These allegations, however, did not stand the scrutiny of law.

NIT Silchar has a mental health committee, and today, during the condolence meet, the students urged the administration to emphasise more on mental health. Two suicides within four months are alarming said the students. One of the students suggested involving seniors and invest in a mentorship programme.

“Students are studying from home. It is not the hostel environment that they are used to. They are unable to open up with family members and therefore depression is rising. Both the students killed themselves at their homes. Maybe the administration should evaluate the restoration of classroom education,” said a senior student of the institution.

Overall, the suicides have compelled the students and administration to look into the matter in detail. NIT Silchar is otherwise excelling in academics. The Registrar is of the view that the two suicides are not linked with each other and none are related to academics.