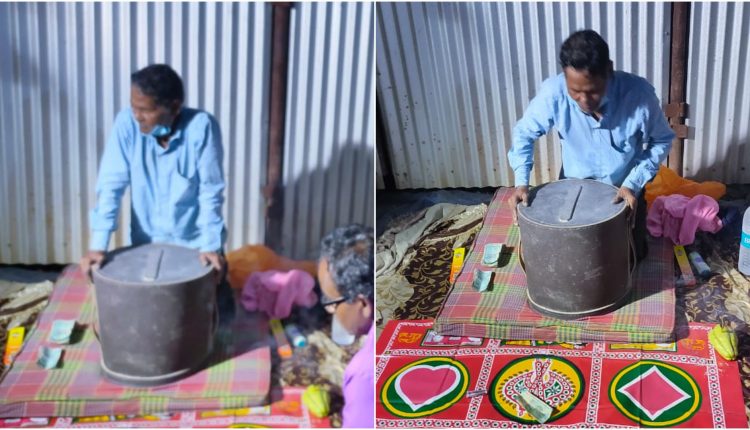 Asocial activities like Jhandi Munda, theft and looting on the rise in Silchar as administration remains in slumber

After Lakshmi Puja, Jhandi Munda has started in different areas adjacent to Rangirkhari. According to the locals, the gambling is held at various reputed hotels and other small places in the area. Many have complained that a few influential people of the area have helped in setting up these gatherings. Although the locals conveyed the news to the police and the administration, no drastic action was taken as a result of which the area has become a safe haven for all kinds of anti-social elements.

Now the question is why gambling is illegal? Legally, such gambling cannot continue in our society as it is a crime. But the scariest thing is that many miscreants in the area are involved in this gambling game. Even before Durga Puja, the number of thefts, robberies, etc increased in Silchar city and its adjacent areas. Robbers are entering people’s homes in broad daylight and snatching goods worth millions of rupees. It has a direct connection with various kinds of gambling including Jhandi Munda.

Jhandi Munda is going on openly in a hotel in Hailakandi Road according to the locals. Starting from Lakshmi Puja onwards till Kali Puja and later on, gambling worth around 20 lakh rupees a day is held at the Rangirkhari area. Despite repeated complaints to the police, no action has been taken by them.

Recently there have been several major thefts, robberies and lootings in the area and in no case have the police been able to nab a single culprit. However, many locals believe there might be a direct connection between gambling and increased incidents of theft and robbery in the area. We have some photos and videos of Jhandi Munda where it can be seen that reckless gambling is going on unabated without any interruption. A police source thinks that there may be a connection between these gambling events and drugs as many people find an opportunity to get addicted. If this goes on, criminal activities are sure to get increased in the future.

Many such videos went viral on social media and a few news reports have been published too, yet the asocial activities continue.