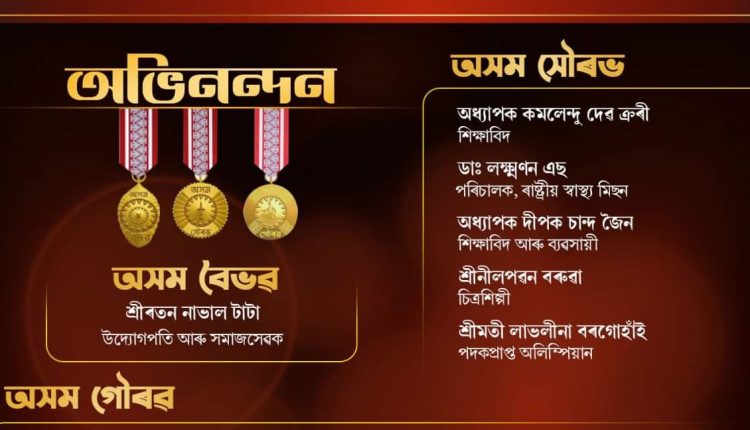 The Government of Assam has introduced three new state honors for the civilians and will be conferring them to 19 individuals from different walks of life and profession. Dr. Lakshmanan S, the director of National Health Mission is being chosen as the awardee of the Assam Saurav title. Dr. Lakshmanan had served as the Deputy Commissioner of the Chachar District in past.

Assam Chief Minister Dr. Himanta Biswa Sarma published the list of awardees in a press conference held today at Guwahati. The state government has decided to honor the individuals who had made immense contributions to the society from different professions, said the Chief Minister.

Assam Government will be conferring 13 Assam Gaurav, five Assam Saurav, and one Assam Baibhav Awards for this year which is marking the debut of this state honor.

The first Asom Bhaivab title- the highest civilian award in the state will be given to industrialist tycoon Ratan Tata. Chief Minister Himanta Biswa Sarma made this announcement in New Delhi on December 3. 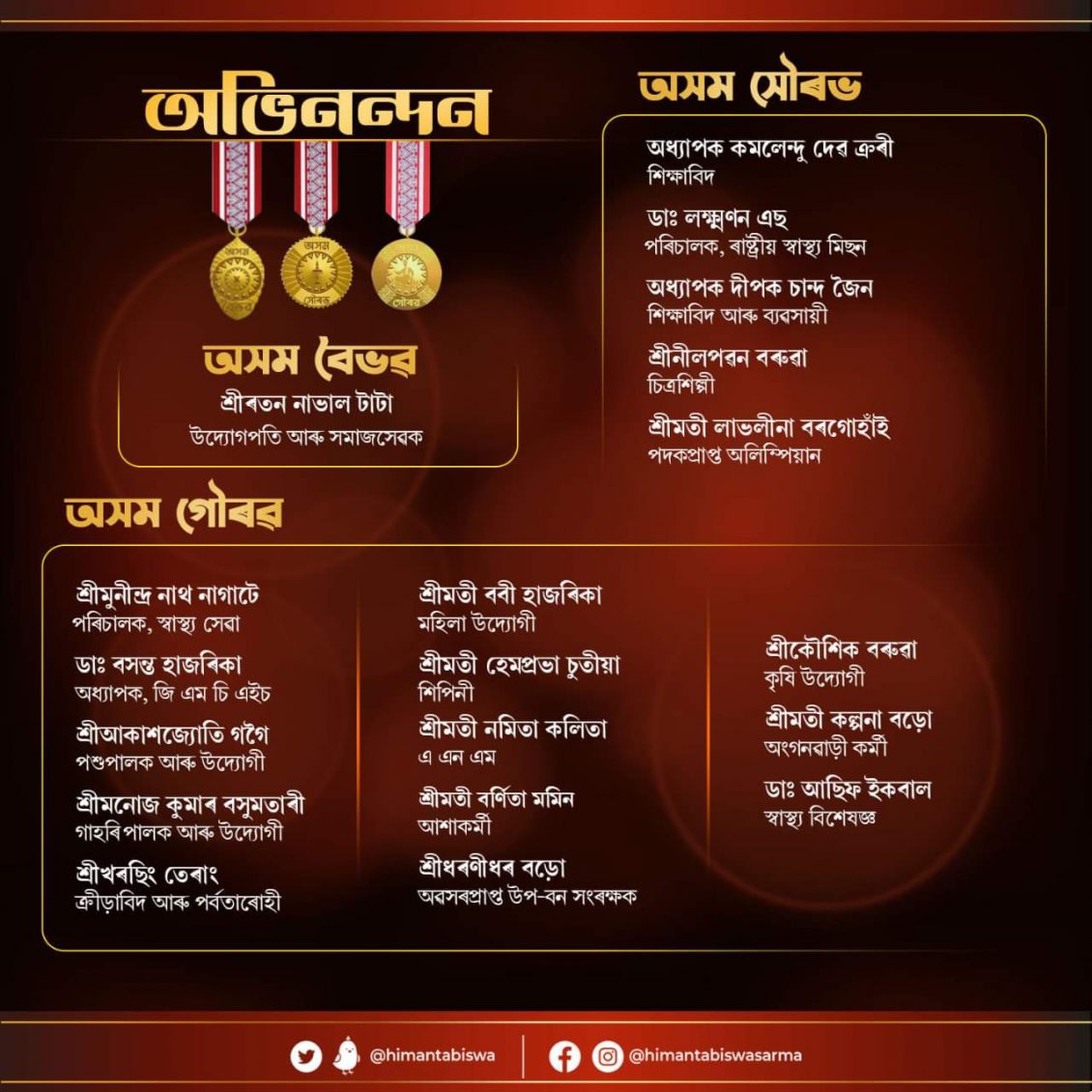 Talking to the media, the Chief Minister said, “In sync with the Siu-Ka-Pha Divas, I make this announcement that the State Government will confer the first Asom Bhaivab Bota on Ratan Tata for his immense contribution in setting cancer hospitals in Assam. We will announce the date for the conferment of the award very soon.”