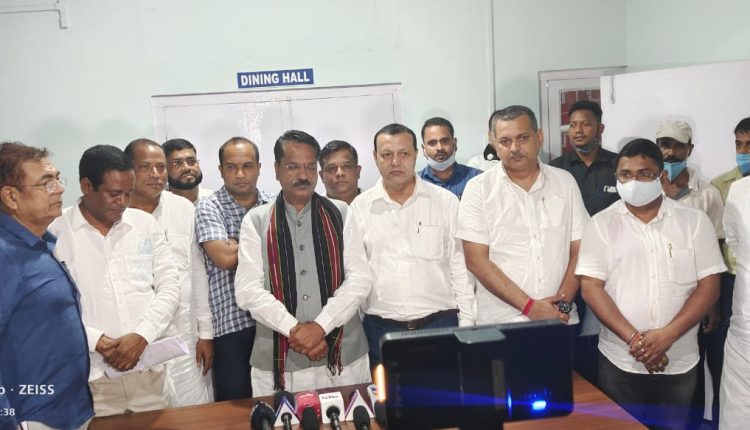 Make no mistake, Himanta Biswa Sarma is an election-winning machine. He is often called Amit Shah of the East simply because of the way he breaks political parties and always manages to cross the halfway mark to form the government. Northeast never had so many states with BJP-led National Democratic Alliance in the government. The rise of BJP and Sarma resulted in the formation of the North East Democratic Alliance (NEDA) which has the BJP President at the helm and Himanta Biswa Sarma as convener. Basically, Sarma is the political boss of BJP in the Northeast.

NEDA delivered and Himanta Biswa Sarma was rewarded by the BJP as the party moved incumbent chief minister Sarbananda Sonowal to Centre leaving the throne of CM for Sarma. May 10, Sarma took oath as the chief minister of Assam. Another thing common between Amit Shah and Sarma is both of them are the best number twos that the country’s politics witnessed. Shah, first in Gujarat and now in Delhi is the dream number two that Narendra Modi has. Similarly, first defeating anti-incumbency to win three elections with Congress and then making BJP the number one party in Assam, managing Covid with Sarbananda Sonowal as CM, there is hardly a better number two than Himanta Biswa Sarma in India.

But now, he is the number one and getting bombarded by his friends in the region. There are cracks in NEDA. So, he decided to look inwards and strengthen his position. By doing so, he stays unquestioned and make no mistake, his friend and ally, Mizoram CM, Zoramthanga’s approval ratings are soaring.

Yesterday, in Cachar district, where six Assam Police personnel were shot dead and more than 60 were injured, opposition MLAs met Minister Ashok Singhal whom Sarma trusted with the responsibility of handling the crisis that broke after Mizo forces opened fire on July 26. A meeting like this is a welcome step, as it sends the message that Assam stands united. The meeting was followed by a press conference where opposition MLAs were batting for Himanta Biswa Sarma. Which is where the toothless and opportunistic opposition gets exposed.

First and foremost, Assam was not in a war with Mizoram. The Assam Police personnel were not ready for a war. The weapons the Mizo forces were using had no match. The theory that is being peddled that Assam did not give the order to open fire is absolute rubbish. The fact is that Assam did not have the ammunition to match the blitzkrieg that began from the hilltop. In fact, the top officers there were clueless about the direction of the fire. Tear gas was fired in the wrong direction. The Assam Police personnel who laid their lives wearing the uniforms were murdered. But why did they go there? “To protect the land of the State,” is what the chief minister has been saying. There was a temporary post that was erected by the Mizoram Government and the Forest Department of Cachar gave a requisition to the Police for a force as they wanted to hand over a notice to the Mizo counterpart urging them to vacate the post, as it falls under the reserve forest area. This is the official version of the Government of Assam, and this makes it clear that the Assam Police Personnel did not go there to save the land and fight it out.

Secondly, as the Home Minister of the State, Himanta Biswa Sarma is the head of the Police. How is it possible that the Assam Police had no intelligence about the Mizo formation on the dense hilltop? The deputy commissioner and other civil servants were at the line of fire, unarmed, unarmored without any cover in front of a blitzkrieg unleashed by well equipped, well-trained force. Not only that, there was a significant presence of the general public in the area including the press. If it was a zone, where LMGs are to be brushed, why were the locals urged to provide assistance to the Police by being present? Isn’t the lack of intelligence equally responsible for the death of six Police personnel? Constables and inspectors were exposed to commandos and trained assailants, is this not a strategic blunder?

Now the Assam Government is assuring investigation and the Assam Police is issuing summons. But last year, Lailapur resident Intaz Ali went missing and two days later, he was declared dead in the custody of Mizoram. Without any evidence, the Mizo Police framed him as a “drug dealer”. Not a single person was arrested in relation to the abduction and murder of Intaz Ali and apart from the compensation of Rs 5 lakh, the Government did not even touch the case.

Two schools were bombed by the Mizo miscreants, no arrest, no action. 20 houses and dwellings were set ablaze, no arrest, no action. The people living in Lailapur, Khulicherea are leaving with bags and baggage and some never return. Why did the government not take action against the perpetrators of these crimes? Last year, Mizo miscreants pointed guns at the deputy commissioner of Cachar, Keerthi Jalli and the SP Bhanwar Lal Meena, it was reported by Barak Bulletin, but the Assam government stayed quiet. No investigation against civilians for pointing guns at IAS, IPS officers. This year the DC was lucky to have escaped the bullets and the SP is shot and currently undergoing surgeries to be able to walk again. Assam might have a new CM, but the DGP, the chief secretary, most of the Police formation still remains the same. What explains ignorance and inaction?

While one would expect the opposition to raise these questions, the Congress and AIUDF MLAs are busy appeasing Himanta Biswa Sarma. Today, in Assam, Himanta Biswa Sarma has more hold in Congress than Sonia Gandhi. The Congress delegation, as per the instructions of Sonia Gandhi was on its way to visit the Assam-Mizoram border a couple of days after the incident. They were stopped by the Police while on the same day, the next day, and the day before BJP delegations visited the spot. “Different rules for the ruling party and a different rule for the Congress, is this democracy, is this governance,” Congress leaders like Debabrata Saikia, Kamalakhya Dey Purkayastha, Sushmita Dev… questioned after they were stopped. Within 48 hours, all the opposition MLAs lined up at the all-party meeting called by Minister Ashok Singhal. As the meeting was for a common cause which is to protect the land of the state, attendance is understandable and appreciated. But what explains the press briefing that followed.

“I am thankful to our guardian minister, honourable Ashok Singhal for his initiative to call the all-party meeting,” said Sonai MLA, AIUDF’s Karimuddin Barbhuiya. “The fact that the government has decided to progress with togetherness is appreciable and I thank Honourable Chief Minister for the same.” Barbhuiya not only went out of the way to appreciate the chief minister, but he also gave him a certificate of honour. “I am confident that under the dynamic leadership of dynamic chief minister Himanta Biswa Sarma, we will manage to get our land back and find a permanent solution to the border issue. We want to give out a message from here that Ahom and Ahomiya are united and there is no politics at all,” said Karimuddin Barbhuiya.

Since he spoke about getting land back from the Mizos, it is worth mentioning here that, the “dynamic” chief minister had said, “If the centre instructs we will hand over entire Barak Valley…(after a moment’s silence and realising he has made an error)…entire Nalbari, entire Guwahati to the Mizoram.” In fact, Sarma said the Mizos did not encroach an inch since he took charges as the chief minister.

It is clear that for the opposition in Barak Valley, pleasing Sarma matters more than raising questions that the voters trusted them to do.