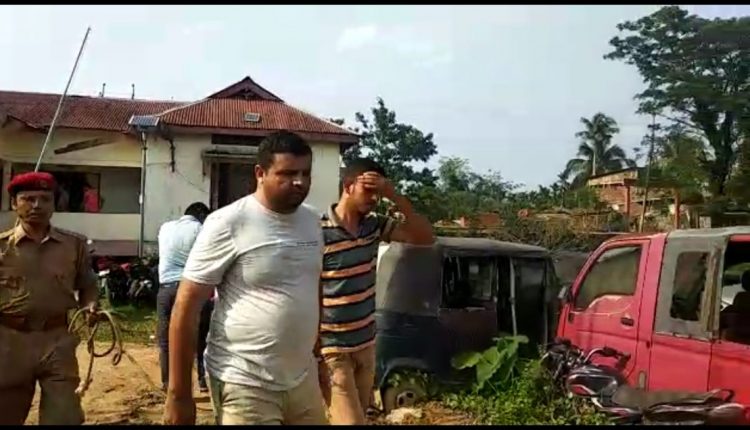 On the basis of a tip off, Patharkandi Police raided a residence today and managed to two infiltrators. The two Afghan individuals have been identified as Bahadur Khan and Shir Khan. They travelled legally to India many years back and were residing in Dumdum, West Bengal. But their Visa expired in 2017 and that is when they shifted to Patharkandi in Karimganj.

After visiting Karimganj, both the infiltrators got Aadhar, Pan, Birth Certificate made in the district. “On the basis of these documents they claim they are Indian citizens. As per the birth certificate, both Shir Khan and Bahadur Khan were born in Patharkandi itself,” informs officer in charge of Patharkandi police station.

However, when interrogated in the Police station, both of them admitted that they are migrants from Afghanistan. “We got to know from a source that in the residence of Mofizul Haque Tapadar, both of them were residing. We raided the resident and recovered Bank Passbook, Aadhar Card, Pan Card and many such documents. When asked about the documents they said they got them made so that they could apply for Indian citizenship,” adds the OC.

The bigger question here is how did they manage to get a PAN, Aadhar, Birth Certificate issued by department of health services. Are these forged documents or are there loopholes in the system that people like Shir Khan and Bahadur are using to get important documents.

Both of them, as per Police are running businesses in Karimganj. “It looks like they have migrated to India to make use of the economic opportunities,” concludes the OC of Patharkandi Police station.