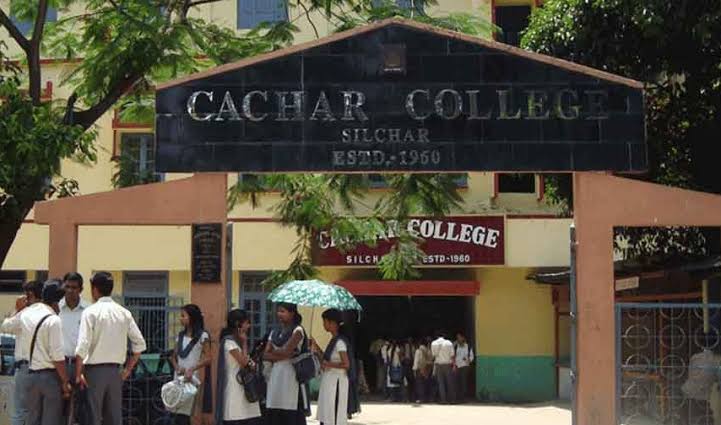 This time, it appears that Assam University forgot to print the economics question paper, exam was scheduled to be held today. As per our sources, there were three elective papers of Economics. Most of the students chose the subject Economic Policy and Development of India as their Discipline Specific Elective Paper (DSE).

Speaking on condition of anonymity, a student of GC College informed us, “As per the routine we went to the exam hall and sat at our allocated seats. Only a few teachers and staffs involved as invigilators and assistants were present at that time. They gave us the question papers and we noticed three sections in it – section A, B and C. None of the three sections actually matched with what we had prepared for the exam based on the syllabus formulated by Assam University. We informed it to the invigilator who checked our admit cards and could sense something bizzare. To clear all doubts, another teacher of GC college was called upon who communicated the matter to Assam University. Putting an end to all speculations, it ultimately came to light that Assam University had infact failed to prepare the question paper of Economic Policy and Development of India exam. The teacher then told us that the exam has been postponed and will be held again on 9th October.”

Similar chaotic scenes also ensued in other degree colleges where the students of pass course couldn’t answer a single question as the question paper was totally different from what they had prepared for their exams. While the mismatch in disseminating question papers might have counted as a mere anomaly, it was for certain that the University didn’t prepare the question paper of Economic Policy and Development of India at all as they would have rather opted to carry on with the scheduled exam by giving them the correct question paper instead of choosing to postpone it to a later date.

Sharing her disappointment a student said, “We are having four consecutive exams back to back. It requires mental preparation for taking an exam but the University Authority doesn’t even understand what is at stake here. Many of us would be appearing for the UPSC exams too on 10th October for which we have to travel to other states so how will we be able to do that seamlessly? This is just utter mental harrassment by an institution which proclaims to be a so called avant garde of degree education in Southern Assam region.”

A professor pointed out that a similar mistake was made by the authority as they forgot to print an option of the History paper. That did not spark a controversy as not many colleges in this zone teach that option of History.

Yesterday, the University published the results of CBCS Odd Semester Examinations. A student who scored 86% vociferated his disappointment about spelling mistakes made by the University in his marksheet. Speaking to our correspondent he exclaimed, “Coming from a Central University this is absolutely ridiculous and disgusting! I had a DSE subject in Commerce whose name was Banking and Insurance but they wrote it as ‘Banking and Insurnace’ in the marksheet. Are they not even literate enough to write the spellings correctly? Who is typing their marksheets? Does it really come off as a surprise when the University gets a rank below 90? This is not the first instance. Previously too spelling mistakes were made in my admit card and registration card. If I show such documents to my prospective employers, they might as well laugh and ridicule me. This university has reduced the students to laughing stock. Perhaps the University officials who sit in AC rooms earning handsome government salaries oblivious and unaware of ground realities can spare as much a moment to look at the miserable plight of general degree education in Barak Valley degenerated solely by them. Maybe the time has also come for the intellgentsia and educated youth of Barak Valley to hit the streets against such malpractices and grave inconsistencies. Let another varsity be made in the region if need be. The hard earned money of taxpayers shouldn’t be wasted like that.”

Several calls to Controller of Examination, Suprabir Dutta Roy did not incur any response. His phone remains out of network coverage area.