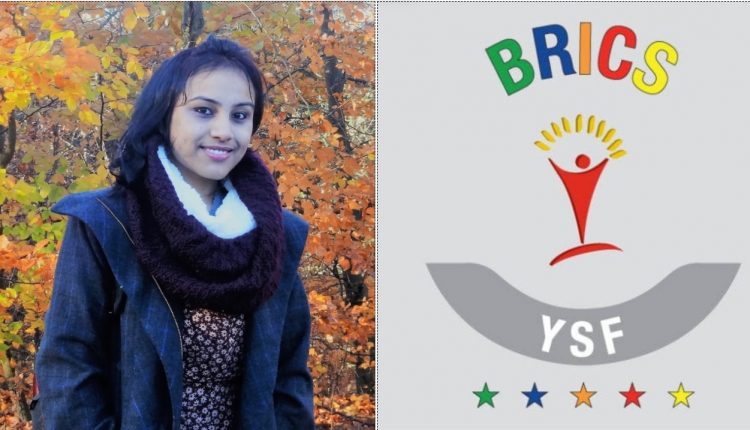 Assam University Scholar Arpita Dalal is among the 19 youth scientists who have been selected for the 5th BRICS Young Scientists Fellow Conclave, scheduled in September, from 21st-25th at Russia.

Arpita Dalal, who is a research scholar from Assam University’s Ecology Department, is selected along with 4 other scholars from across the nation of the same field. “Though there were 19 seats for it, my competition was among 5 as out of 19, 6 seats were reserved for Artificial Intelligence, 6 for Material Science, 2 for Innovation Prize Competition and remaining for Ecology,” Arpita Dalal told Barak Bulletin.

Elated on being selected, Arpita said she noticed the advertisement on Government of India’s Department Of Science & Technology website. “ I have done MSc and PhD in Ecology, synonymous to their requirements, so I thought of applying for it. I was also in the UK for six months in 2016 for ‘PhD Exchange Programme’ at Queen’s University under GoI’s Newton Bhaba PhD placement programme. So I was quite optimistic of being selected” Arpita said.

The International air travel and lodging expenses of the participants are borne by India and the host country jointly. But due to ongoing COVID pandemic, this time the programme has been cut short and will be virtual.

“Till now the organizers have not contacted personally about our activities in the conclave. If they ask me to present then I will share my research on mosquito biocontrol, i.e. my PhD work,” Arpita mentioned.