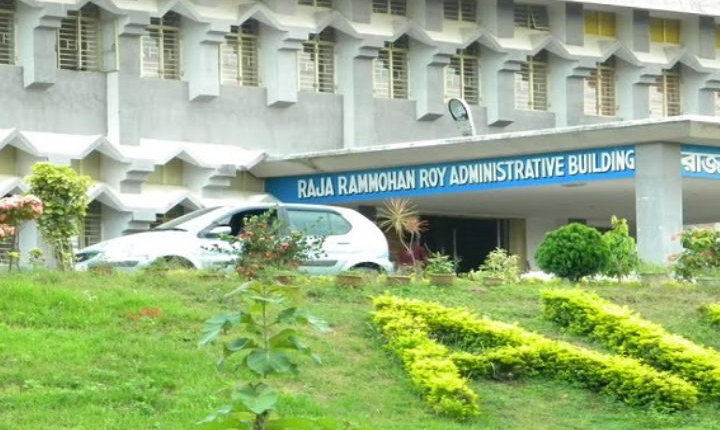 Assam University, Silchar has recently announced the routine for the upcoming TDC (CBCS) final semester examination 2021 for all the degree colleges affiliated with it, which will be conducted in offline mode. According to that routine, the examination of the TDC 6th semester examination for Arts, Commerce, Science, BBA and BCA courses will commence on September 24 and will continue until October 10, 2021. With online classes as the only module at disposal for colleges and universities during the lockdown period, the students are vehemently opposing the decision of the University to conduct examinations in offline mode. Although schools and colleges have reopened on September 6, it still doesn’t leave enough time to prepare the students for their final semester examination starting this month.

The students of the Guru Charan college in Silchar have already submitted a memorandum to the Principal of the college as well as the administration to defer the examination or conduct the examination in an online module, considering their academic sessions were gravely hampered by the lockdown. “Before the physical classes started on September 6, we barely had 5-6 days of online classes during the entire semester. And even though physical classes have started, it barely leaves room for 15 days of classes before our examination is scheduled to commence on September 24. So it’s impractical that anybody would be able to prepare for the final examination on such short notice. And being final semester student, it’s of utmost importance for us to secure decent marks as it could go on to decide our chances at getting into any decent institution throughout India”, said Subhashish Choudhury, a final semester B.Sc Computer Science Hons. student from GC College.

Further adding, he also said that apart from the lack of exam preparation, the schedule of the exam also poses threat against chances of getting into other Universities and institutions across India, as the exam routine clashes with several admission tests of other institutions for higher education. “Also, admission and entrance tests of many institutions are scheduled to take place during that period. Like, the Central Universities Common Entrance Test (CUCET) for the upcoming academic session is scheduled to happen on September 24, which is a common entrance test for several top central universities of India like the Delhi University, Banaras Hindu University (BHU), etc. If our final examination takes place as scheduled, i.e, on the 24th, our students will miss out on this opportunity to get into premier institutions of India. And not just CUCET, many other state and private universities too will be holding their admission tests during that period, so it will be impossible for us students to appear for those exams. That’s why we have appealed to the College and University authorities to either provide us with the Open Book module of examination or online mode and if neither of these two works, defer the examination until after Puja”, said Subashish Choudhury.

When Barak Bulletin got in touch with the Controller of Examination, Assam University, Dr Suprabir Dutta Roy, regarding this issue, he said that the University has taken the decision in full compliance with the current SOP issued by the Assam Government. “We will follow the protocols issued by the Government of Assam in its latest Standard Operating Procedure (SOP). Do the other Universities take our consent before setting their exam dates? Then why should we wait or delay for them? The examination will take place as scheduled by the routine in offline mode, by adhering to the existing Covid protocols,” Dr. Dutta Roy asserted.

This conflict of interest between the degree students and the University/College authority is not the first instance since the lockdown began, last year too, both were at loggerheads with each other, with the students resorting to protests and roadblocks in the city to express their dissent and disagreement with the University’s decision of holding the offline examination. Nirangkush Nath, General Secretary of the Students’ Federation of India (SFI), Assam State Committee said that any decision taken by the University should always be in the best interest of the students. “The decision should always be taken in the best interest of the students. The pandemic has taken a lot from every one of us and also created obstacles during the academic sessions. So it would be unfair to not take their input or say into consideration before rolling out the exam routine. Especially because most students of the Assam University do not have access to decent Internet bandwidth to take part in uninterrupted online classes, so to now ask them to sit for offline exams whereas physical classes have started only a couple of days back, it’s huge ask for the students amid the pandemic”, said Nirangkush Nath.

He asserted that considering the fact that the students didn’t have access to a substantial number of academic classes, and also the fact that the current exam routine clashes with the admission tests of several other Universities as well, online mode of examination is the only way out. “Our appeal to the University authority is that considering the setbacks students had to face, they should opt for online mode of examination. The question should also be set in such a manner so that at least the students have the opportunity to score decent marks to compete with students of other colleges”, said the General Secretary of the SFI State Committee.