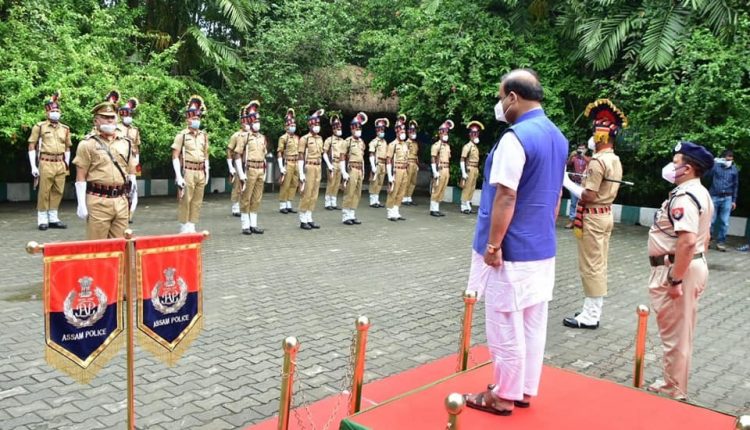 After formation of new govt of Assam under the leadership of Hon’ble CM Himanta Biswa Sharma, the state seems to be progressing in the right spirit of in all directions. Keeping that same pace intact, on 09.06.2021 a State Police Conference was organised in Kaziranga where Sri Himanta Biswa Sharma and DGP of Assam Shri Bhaskar Jyoti Mahanta, IPS presided over the conclave. The Superintendent of Police of all districts of Assam took part in the conclave. Soon after the conclave, the DGP and Assam CM addressed the media and highlighted some key decisions towards police modernisation steps.
Some of the Key decisions like:

• Assam Police will raise 10 new elite battalion forces and will have deployed them in key areas of Strategic importance of the state.

• Announcement for Establishment Seven new Forensic Sciences Laboratory in the state to boost up the investigation speed and thus help in conviction.

• Introduction of two 12 hour shift based model for effective management of police resources in all local PSO’s.

In the press meet, DGP Assam categorically highlighted the need to introduce technology in the Police system and hence recruitment of skilled resources is the need of the hour. He also mentioned that tweaking of the police recruitment rules are also on the cards to meet the demand of skilful police forces. As someone who closely monitored the progress of the Assam policing towards a modernised and elite forces of the country and to be at per with Central agencies like NIA, Commando, etc – the steps taken in the first SP conference are a massive improvement and hits the right set of chords to address the changing paradigm shift in crime control and conviction.

In the 21st century, where our adversaries are equipped with the latest technologies and techniques of crime both in the real and digital world. The induction of technology-based approach towards investigation and crime resolution in Assam police is the only answer towards the ever-changing threat landscape of the state. Reeling under the shadow of insurgency, illegal immigration, terrorists activities, rising cases of Cyber and digital Crime – Assam requires a robust technology induction program in every segments starting from Investigations, Intelligence, Surveillance to fight the crime menace and basically create team of Incident Responders who has Tactical, Operational and Strategic knowledge and visibility to respond to complex challenges in an effective manner and bring in the closure.

Technologies like Biometrics, Robotics, Thermal imaging, Artificial Intelligence, Cyber Security, Drones are the effective tools of modern policing hence introduction of the same to create an advanced elite security forces would make the Assam more vigilant and proactive in its commitment to curb down the crime index.

Further, Chief Minister’s mentions of building seven new forensics laboratory which means a great step towards the crime conviction rate. Currently, the pain points of our force are to keep up with the investigation load and through single Forensic Laboratory situated in Kahilipara Guwahati, the investigation timelines are never met thus allowing the criminals to get bail in the pretext of no evidence verification or submission. However, the Govt should also look into factor that these work forces of the forensics requires constant upgradation in the technology used and their procurement, licensing, etc . To support such induction of tools and training, the State must also investigate the options for creating dedicated forensics science colleges and University under the State Govt. to support the overall policy framing along with R&D capabilities.

Assam Cybersecurity Policy will also need to be drafted and implemented to accommodate Critical Infrastructures like Power Grids, Financial Institutes, Oil Grids, Mining and various other industries protection from Cyber Criminals and thus bringing effective Mitigation/ Conviction and Incident response in all these cases. These will also create a digital protection trust which can inturn can boost the technological and industrial investment in the state.

The reforms of the State policing were a long pending demand by the academia and retired officers of the State to bring in more skilled, fit and empathic forces into action. And finally, looks like the wait is over and the new govt within one month of its tenure has set this as priority. Now, it will be interesting to see how rapidly the State Govt drafts and tables the reform policies before the state cabinet for approval.