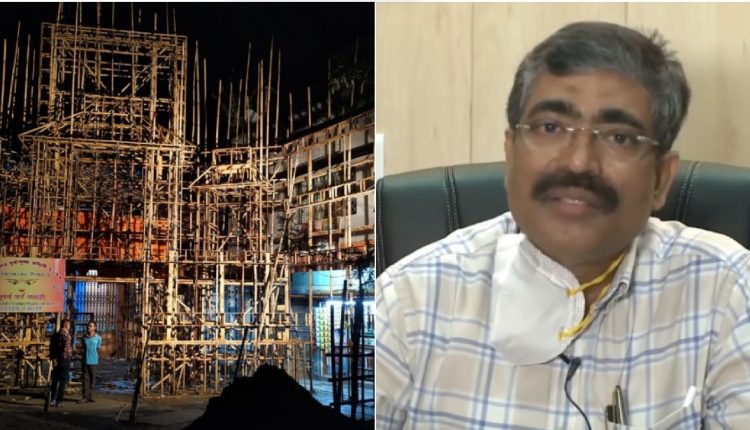 10 days before Durga Puja, the idol-makers, Puja Committees, and the district administration have no clue about the guidelines that must be followed during the four-day festival.

The general public has already started posting images of political rallies in Barak Valley where thousands are gathering without make or any social distancing. Health Minister of Assam, Himanta Biswa Sarma while inaugurating the ICU in Silchar Medical College and Hospital said that in the first week of October, the deputy commissioner of Cachar will roll out an SOP.

On October 2, 2020, the SOP was released by the district administrations which had put a ban on Durga Puja in temporary pandals and restricted two-wheelers. The SOP also prohibited the usage of loudspeakers and refused to allow cultural programmes during the Durga Puja.

Cachar District Administrations SOP was criticised by the general public, political and non-political organisations, and elected representatives. After coming under immense criticism, the deputy commissioner of Cachar decided to shelve that SOP. Meanwhile, the Health Department of Assam mentioned that it is about to an SOP and that is when the Cachar DC decided to wait for the Health Department’s SOP as frequent changes and several versions of the guidelines will confuse the public.

The Health Department of Assam has held a video conference on October 10 (Friday) with the deputy commissioners and it was decided that it would release the SOP on Monday (yesterday). But the department did not. Even till 8:00 pm the officers said that the SOP will be out but in the end, it did not.

When reached out to the principal secretary, Health and Family Welfare, Government of Assam Samir Kumar Sinha, he confirmed to Barak Bulletin that the SOP will be released on Tuesday (October 13, 2020). He added that the department will circulate it on social media soon.

The Ministry of Health and Family Welfare, Government of Assam has been hailed nationally for its efficiency and prompt actions throughout the pandemic. However, when it comes to the SOP for Durga Puja, the Ministry has followed a dilly-dally approach. It remains a mystery if the department is intentionally delaying it or just not considering the SOP Durga Puja festival important enough.