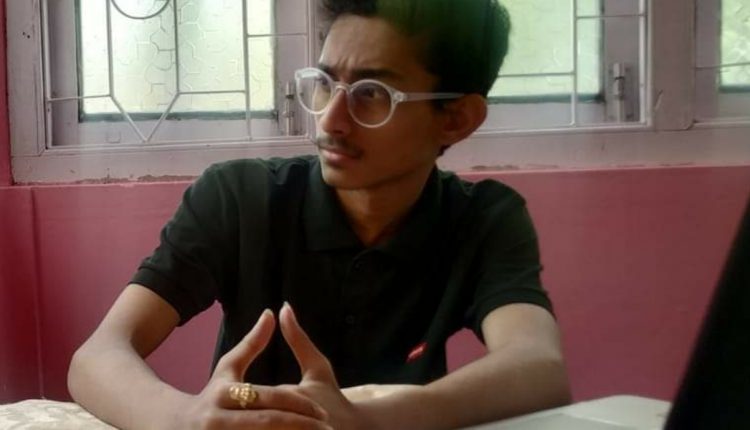 Malcolm X said once, “Education is the passport to the future, for tomorrow belongs to those who prepare for it today.”

Now, what if the scholars could just neutralise the “hypothetical internent” as a source of boon solely, keeping in mind that the boon is sustained by the deeds of a human then getting access to the education that Barak Valley officers to be prestigious is not far away from the snapping of it’s fingers. One residing here need not require an imaginary or manifested rich and robust infrastructure, rather a budget range smartphone and proper access to internet connectivity merely. Thus it also implies that online programmes on subjects of humanities and commerce can be handled with utter ease, getting access to the education provided at prestigious and autonomous institutions of India such as Delhi University; JMIU, New Delhi; JNU; JU, Kolkata; etc.

Henceforth, my highlighted mention and regard remains to the organisation I.I.M.U.N which has been conducting many such online programmes educating and touching a million of students across the globe. The classes that I had attended from 31st August, 2020 to 3rd September, 2020 were indeed interactive. The programme was entitled “Politics and You(th)” which was a complete neo-experience to interact and learn with lecturers linked to the prestigious institutions of India and abroad. Prime credits remain to my new pals from diverse backgrounds of India whom I had met through the programme, without whom the sessions would sound lifeless, and the curators too. 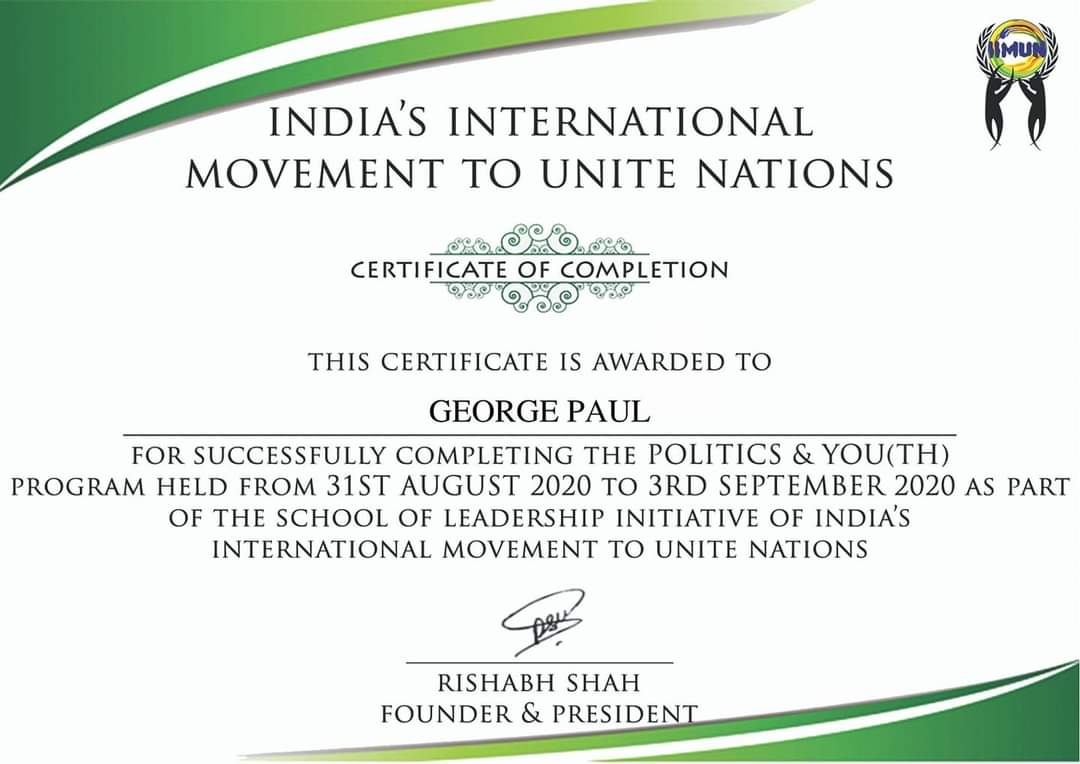 On the first couple of days Dr. Pooja Paswan who happens to be an Assistant Professor at JMIU, New Delhi was assigned with the task of consolidating us firstly with, “The Journey” which was an insightful session on India’s political history and it’s journey from 1947 to present day encompassing major events and political parties that have shaped the India of today.
Secondly with, “You(th), Politics & Policies” which was a comprehensive session on understanding how policies have a strong impact on young people and a case study on the New Educational Policy, 2020, she had explained everything just like a friend where the lamest of doubts were even welcomed by her with grace.
On the third day, Dr. Ujjwal Deepak who holds a Masters degree in Public Administration from Columbia University, New York and who was Officer on Special Duty to the Chief Minister of Chhattisgarh after a successful stint in the Private Sector with Tata and Reliance, who was also chosen for the most ambitious program, Reliance Accelerated Leadership Program, personally sponsored by Chairman Mr. Mukesh Ambani to groom future leaders for the RIL Group was assigned to assimilate us with the third session i.e, on “Political Evolution & Institutional Change” which was an impact session on the changing nature of politics, its development, understanding why young people are considered vote banks and the true power that lies with them, he was also very humourous while explaining. Finally, on the last day Dr. Kuldip (biography unavailable) who was assigned to explain us the concept of “Nation building = Your future = Your role” which was a growth session encompassing the importance of nation building which will determine our futures and in turn determine our role in society. The session also covered pointers on how young people can break barriers and stereotypes that impact decision makers and decision making today .

The assimilation of all these minute things made it a marvellous one where the mentors themselves shared their personal stories turning the bizarre globe to a meaningful global village where interaction happened blissfully.