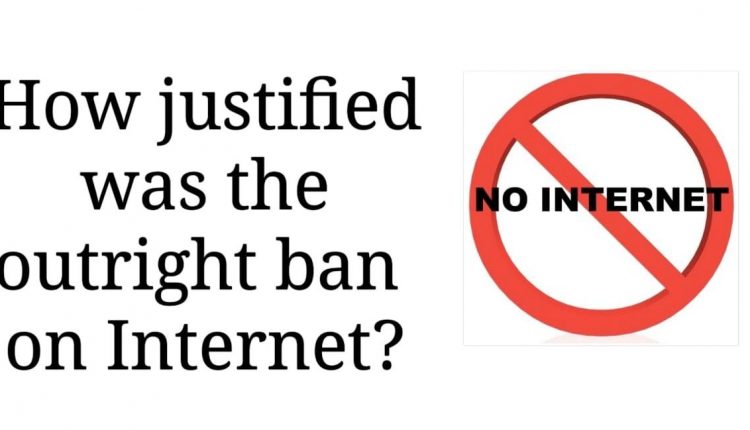 A government intrusion on Friday night disrupted the Internet services in entire Barak Valley circle. An outright ban on Internet in South Assam, an unprecedented move, something that never happened in the history of Barak Valley. If a senior official in BSNL is to be believed then the notice that was served to Internet service providers asking them to ban Internet service in the vicinity was signed by the Governor of Assam. I did not see the letter, but the official had no reason to lie. Irrespective of who signed the letter, it is certain that an administrative diktat kept Barak Valley citizen deprived of Internet for a period of more than 84 hours. How necessary and the most important question how justified was the move?

Before we even think about finding an answer to the above mentioned question, it is important for us to understand what happened. Friday evening at around 5:30 PM, Hailakandi DC Keerthi Jalli, gave a statement to one of the news channels on record. She summarised that there was no communal riot instead it was a “couple of miscreants” who created a ruckus. Everything is normal and people of Hailakandi should keep calm and report to Police immediately if they face any problem. However, by then, a curfew was clamped in entire district following an alleged communal clash between two particular communities. Clearly, it was not just a “couple of miscreants” creating ruckus as no administration requires a curfew to nab a few miscreants. What exactly happened? Let us not speculate and instead wait for the administration to officially investigate the matter and brief us.