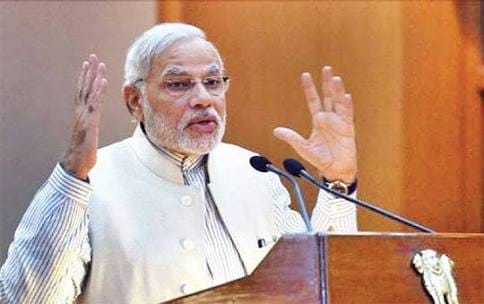 By barakbulletin On December 12, 2019 - 12:21 pm
Share
While the protests have toned down in Tripura after chief minister Biplab Deb met the members of the ‘Joint Movement committee Against Citizenship Amendment Bill’, the situation in Assam remains volatile. Indefinite curfew till further order has been clamped on Guwahati and Dibrugarh. The internet service remains disconnected in Lakhimpur, Tinsukia, Dhemaji, Dibrugarh, Charaideo, Sivasagar, Jorhat, Golaghat, Kamrup (metro) and Kamrup. As per the order issued yesterday, the services should restore by 7 PM tonight, but sources suggest the internet ban might extend more than 24 hours.

Here are a few important updates:

Railway communication in and out of the state remains disrupted. The Northeast Frontier Railway announced that all passenger train operations to Assam, Tripura suspended in view of security issues. The NF Railway said the decision was taken last night.

Air traffic too remains disrupted in the state. Most of the flights to and from Guwahati, Dibrugarh and Jorhat are cancelled.
https://twitter.com/IndiGo6E/status/1204982354462117888
https://twitter.com/airvistara/status/1204947894580563968
All Assam Students Union (AASU) has called for a public meeting today to decide the road ahead. Last night Krishak Mukti Sangram Samiti urged people to hit the roads and join them in a peaceful torch-march. A large number of protesters defied the curfew and went on the roads. Reports claim that many RSS and BJP offices in the state have been burnt down to ashes.
Prime Minister, Narendra Modi in a series of tweets tried to calm the situation in the state and urged the people of Assam to have faith in the government and him. His tweet read “I want to assure my brothers and sisters of Assam that they have nothing to worry after the passing of #CAB. I want to assure them- no one can take away your rights, unique identity and beautiful culture. It will continue to flourish and grow.”
The Prime Minister followed, “The Central Government and I are totally committed to constitutionally safeguard the political, linguistic, cultural and land rights of the Assamese people as per the spirit of Clause 6.”
https://twitter.com/narendramodi/status/1204980873516371970
https://twitter.com/narendramodi/status/1204981108636565506
Modi here is referring to Clause 6 of Assam Accord which states, “Constitutional, legislative and administrative safeguards, as may be appropriate, shall be provided to protect, preserve and promote the cultural, social, linguistic identity and heritage of the Assamese people.”
In Barak Valley banks, private and government offices are functioning as usual. Apart from minor protests in the outskirts of Hailakandi town, the situation in all three districts is business as usual.
AssamAssam Accordassam accord 6Barak Valleybarak valley peacefulCitizenship Amendment BillCitizenship Amendment Bill 2016Narendra Modi
Share

Bangladeshi go back slogan raised in Silchar; protester slits wrist to write "No CAB" with blood