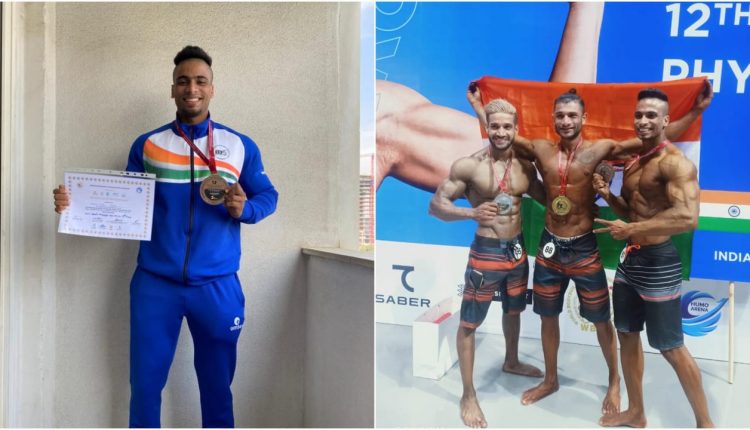 This could not have been more exciting news for Barak Valley at the eve of most awaited mass festival Durga Puja, where Pratik Deb of Karimganj district has secured Bronze medal at the 12th World Bodybuilding and Physique Sports Championship held at Tashkent, Uzbekistan.

Pratik competed in the 175 cm men’s sports physique category and secured third place. The championship event is being organised by the World Bodybuilding and Physique Sports Federation (WBPF) and begun on October 1. Pratik’s event was scheduled on October 5; in that event, first place is bagged by a competitor from Delhi, and a bodybuilder from Pakistan occupies second place.

In a telephonic conversation with Barak Bulletin, Pratik shared his excitement and satisfaction over his success at the world stage, and he assured that he is now aiming for other significant events. He dedicated his victory to his parents, his personal trainer, and the officials who inspired him and made it possible to compete at this significant world event.

On discussing his winning route, Pratik told us that there were nine competitors in the category of 175 cm men’s event. Only five could survive the prejudge session of the championship, and after almost three hours, the final event was held where he stood third.

Since his childhood, Pratik Deb was a sports enthusiast, and he also participated in several national-level school championships. He did his schooling at Karimganj Kendriya Vidyalaya and completed his graduation in Physical Education from Lakshmibai National Institute of Physical Education in Guwahati with a major in Weightlifting.

To participate in that event at Tashkent, Uzbekistan, Pratik had to pass through the selection process organized by the Indian Bodybuilding Federation (IBBF), the governing bodybuilding in India. Pratik has been trained by renowned bodybuilder Moirangthem Robi Meitei, a recognizable sports personality in the region.