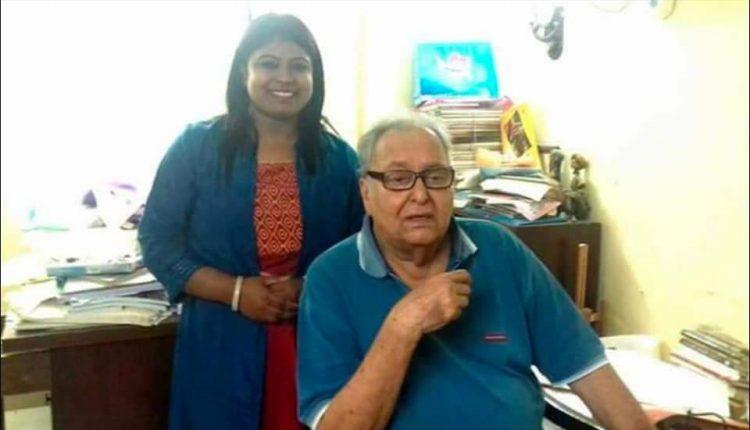 Her dream was to direct films but living at a place like Barak Valley it seemed like an impossible task. She has a magazine named Swapner Icchedana. Spreading the wings of her dream she reached Kolkata and directed two films. However, she also had her biggest moment working with Soumitra Chatterjee.

Silchar girl Sharmistha Deb is now a known name in the Tollywood fraternity. Because of lockdown, her horror film “Sorbobhutesu” is releasing a bit late. Amidst a busy work schedule she talked to our correspondent about her journey to becoming a director.

On Tuesday, the music of the film “Sorbobhutesu” was launched. National Award Winning Singer Rupankar Bagchi, Actress Chandreyi Ghosh, Actor Debdut Ghosh, Music Director Pragya Dutta, Lyricst Supriyo Paul and many other were present on the occasion. The film has a Rabindrasangeet and a total of four songs. The singers are Rupankar Bagchi, Boni Chakraborty, Durnibar Saha, Manjushree Das. The four songs include Rabindrasangeet “Keteche Ekela”, Supriyo Paul’s “Bhalobasib Ei Sohor” and title track of Sorbobhutesu, Pragya Dutta’s “Fire Eso Abar”. The cast comprises of Sreelekha Maitra, Rajatava Dutta, Debdut Ghosh, Rajdeep Sarkar and Labani Sarkar. The film is based on supernatural elements like ghosts. Kolkata as well as Barak Valley were made the shooting locations of the film. The music release function was managed by vocal artist Projukti Banerjee.

Speaking about the story of Sorbobhutesu Sharmistha said “This is a horror comedy film. An art film director is making a horror film on request of a producer which he doesn’t like at all. There are three stories in the film and the fourth story occurs with the director himself. Something that he never believed happened to him. Out of the four stories, one is written by Silchar boy Supratik Dutta. That part was shot in Silchar and other areas of Barak Valley. Actor Arjun Chakraborty had come to Silchar for it. Some actors of Silchar are also playing a part in it. Besides, a few Sylheti dialogues are also included in the film. We are planning to make a theatrical release of the cinema but it will remain in OTT platforms only till the pandemic is over”.

Sharmistha Deb had also co-directed the film “Poyla April” in which veteran actor Soumitra Chatterjee who recently passed away played a special role. Sharing her experience on working with the legendary actor, Sharmistha said “As an admirer of Bengali films, Soumitra Chatterjee is my favourite actor and a nice person. There was a time when I wasn’t permanently settled in Kolkata and used to travel to and fro Silchar. During those days I had the opportunity to go to Soumitra Chatterjee’s house. He was very busy and told me pleasantly that he couldn’t give me time. I got angry and told him that if I want to become a director then I will work with him first or else I would leave my dream of becoming a director. At this he accepted my request and gave me time later on. He also agreed to act in the film after listening to the story. The film hasn’t been released yet. It will release on January in OTT platforms. It will be one of the last films of Soumitra Chatterjee before his death and that is why we are also very excited about the release.” 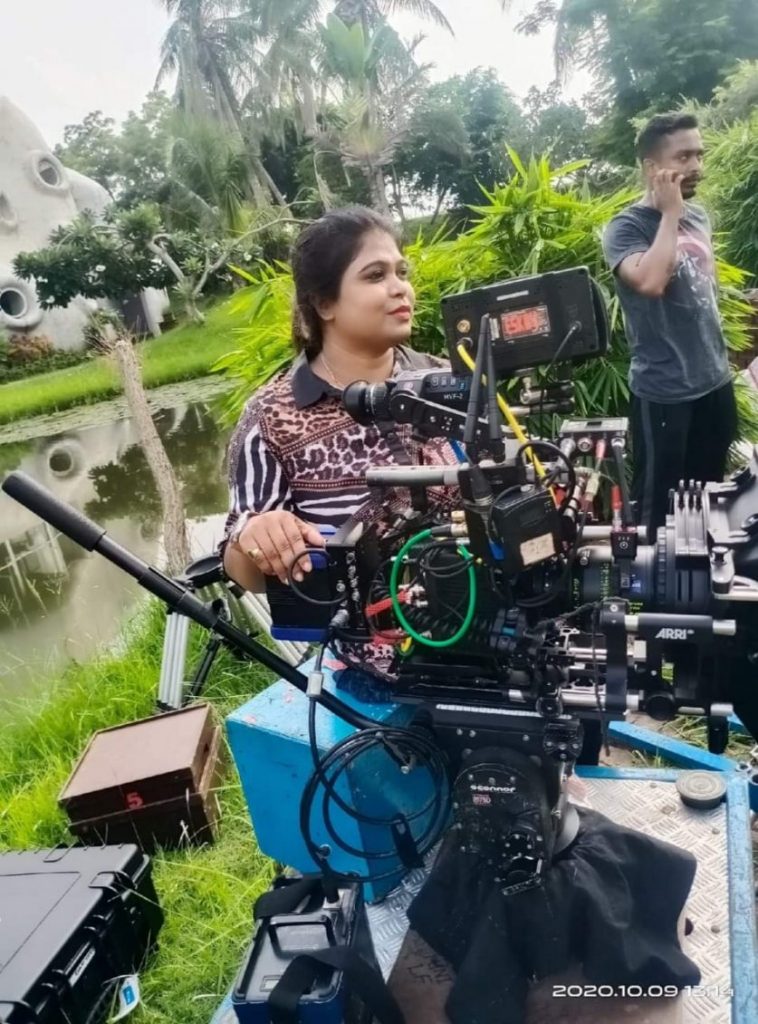 Coming from a place like Barak Valley, directing films in Tollywood and rising to fame is no easy a task. There are many difficulties and hurdles to overcome. Speaking to us she said “It is not easy to get an opportunity in Cinemas and direct two films. I prepared myself from the first day, accepted challenges and overcame them. But I must say that the actors and actresses of Kolkata are really very kind. Working with Chandreyi Ghosh I’m now like a family person to her. The actors of Kolkata like to listen to stories by new directors and boost their morale. A few parts of my film Sorbobhutesu was shot in Silchar and neighbouring areas. Kolkata artists went there to shoot and even got the hang of Sylheti dialect for using in dialogues. I didn’t imagine they would go so much deep for the sake of the character and ease my work. Earlier I used to work in Kolkata by coming and going from Silchar. But now I don’t have that much time so I remain in Kolkata.” 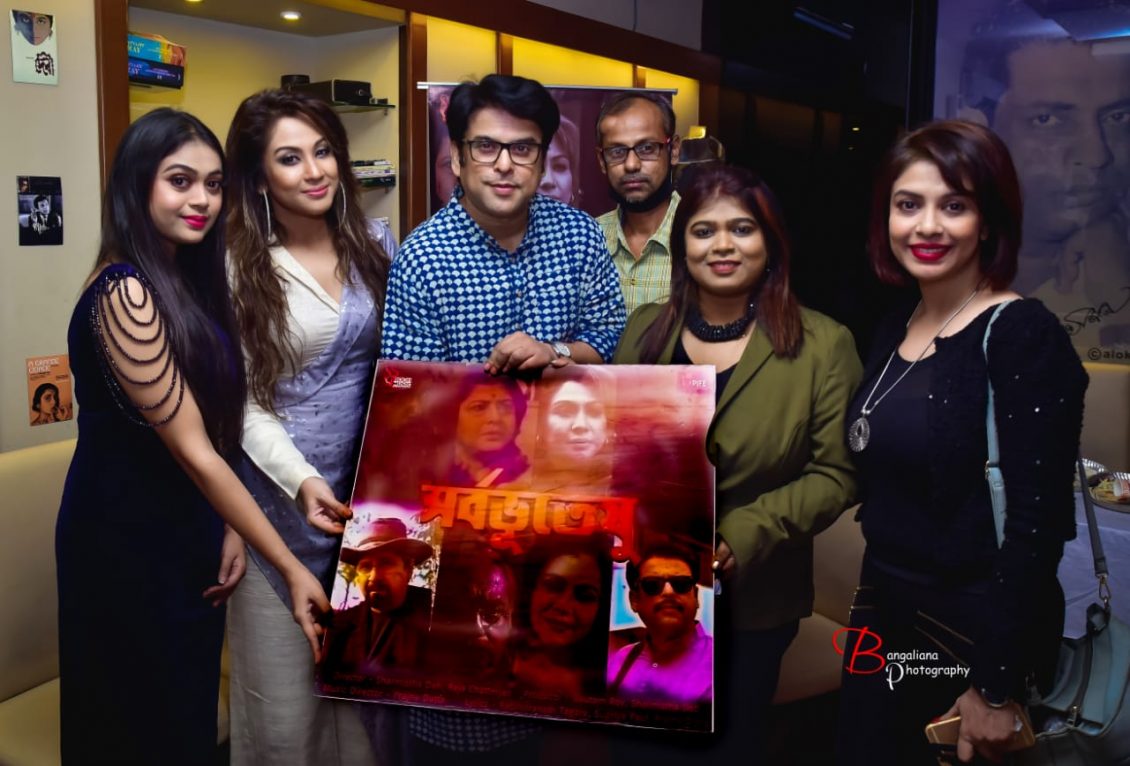 Speaking about future prospects she said “Next week I’m starting shooting for my web series. I won’t delve much into the details, but it is a big platform for whom I’m making the web series. I will tell about it to the media when the time comes.”

She and her husband Abhijit Deb were also involved with a magazine named Swapner Icchedana. They played a big role in cultivating the fashion show culture in Silchar. She also wants to give opportunities in films to the young generation of Silchar. “Silchar city and Barak Valley will always remain my favourite. Wherever I’m on earth the place stays with me. That is why in some way or other, Barak Valley gets involved with my works.”