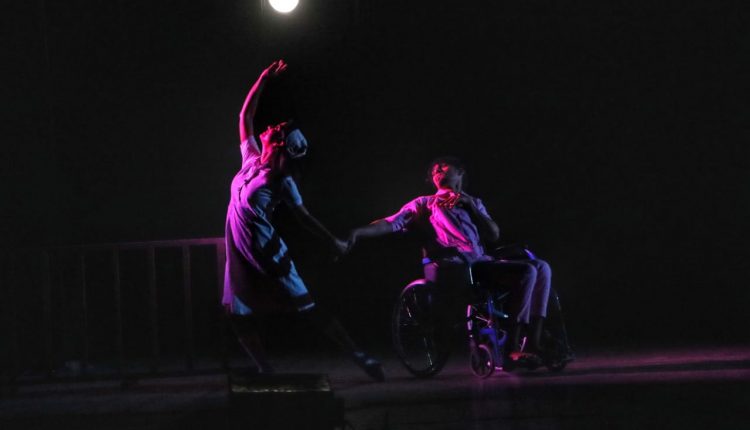 A man dressing up and playing a woman has become the new normal, at least on prime time television. Krishna Abhishek does it regularly on The Kapil Sharma Show, and so have Sunil Grover and Ali Asgar in the past. However, gracefully highlighting the issues of gender transplantation and the stigma associated with transgenders is few and far. Theatre group Bibartan’s ‘Adhora Madhuri’ (incomplete and hollow Madhuri) does that courageously .

Beating the COVID-fear, Bengali band ‘Dolchut’ offered people of Silchar an evening wrapped in drama and music. Staged at Banga Bhawan Silchar, ‘Adhara Madhuri’ is a curtain-raiser in many ways. The occasional flaws in pronunciation got covered by method acting and catchy dialogues.

‘Arup’ wants to become ‘Madhuri’. His body is of a man but the soul resonates with the woman. As Madhuri, he writes many love letters to ‘Manish Da’ but eventually those stay with him. Arup wanting to become Madhuri is not normal, and whenever there is someone attempting to swim against the flow of the water, there is resistance, conflict.

Directed by Sayan Biswas, ‘Adhora Madhuri’ depicts the conflict. Arup is called mad by his own father Priyotosh. The love for political power overpowers the love for his own child, Paritosh sends his son to a mental asylum. His mother, who is a professor, sympathises but that is it. Arup continues with his willingness to become Madhuri sitting in a wheelchair at the mental hospital. One of the most powerful dialogues of the play written by Dr. Indranil Dey hits hard. ” ‘যারা সংখ্যায় কম আর যারা অন্যরকম, তাদের বড় বিপদ।” (Those who are few in numbers and different have a life full of roadblocks) 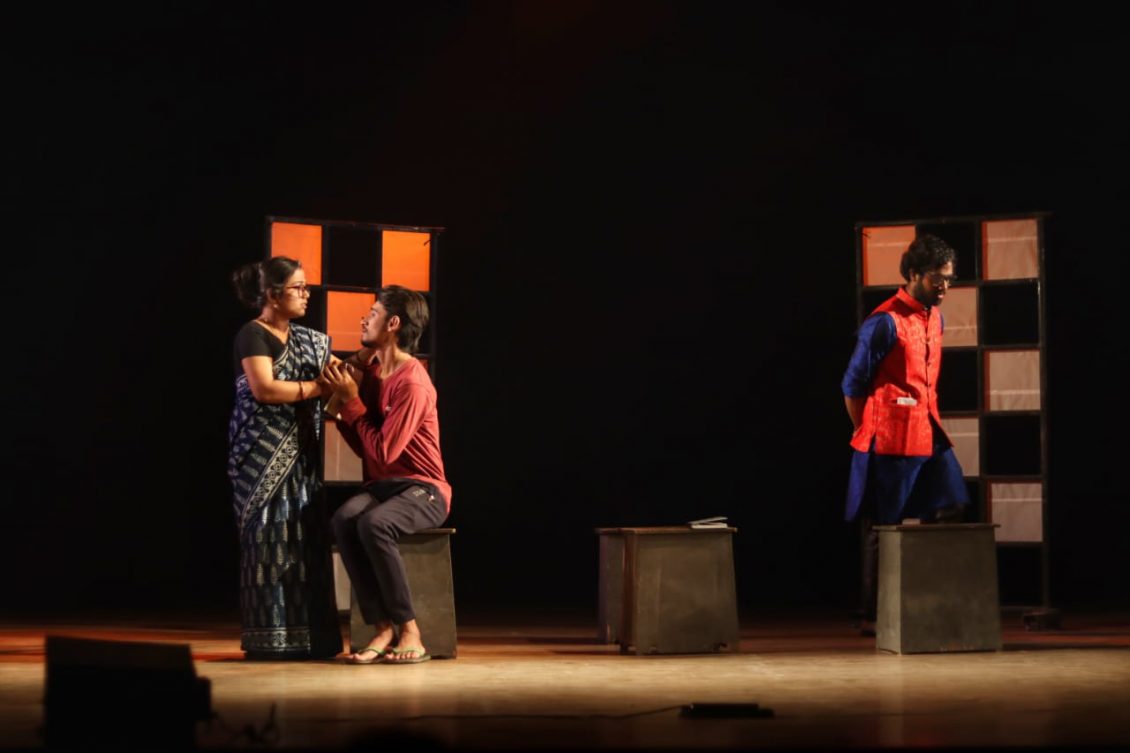 Played by Partha Paul, Arup’s character was different from what we see Ali Asgar or Krishna Abhishek doing on the television screen. It was more relatable and that is what explains the audience remaining glued to the stage till curtains were brought down. Partha Paul was adequately supported by ‘Madhuri’ played by Gargi Deb. It was very easy for Arup’s father Priyotosh played by Biplob Das to get carried away given the role he was playing. Credit to him, it did not look overacting at all, instead, his acting was realistic all throughout. 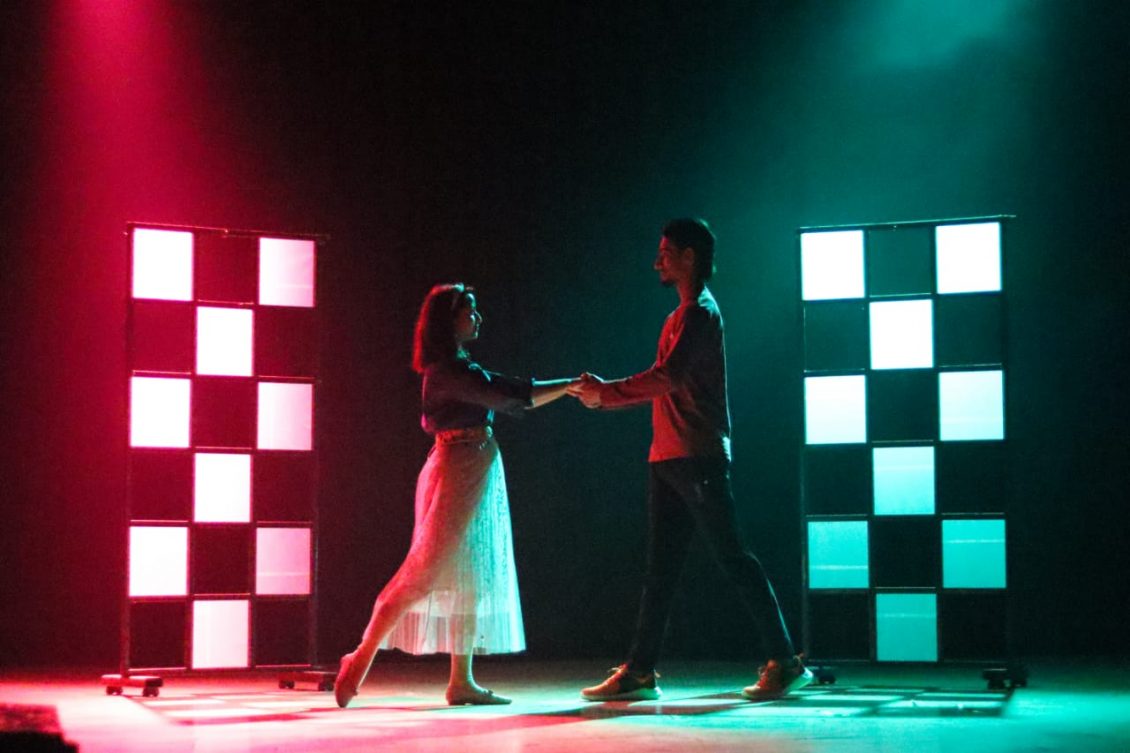 Arup’s mother played by Krishnapriya Purkayastha stole the show with her acting each time she was on the stage. Her conversations with student Manish played by Arun Bhattacharjee was entertaining and engaging. Apart from direction, Sayan Biswas was seen on stage playing the doctor and he lived up to expectations. He was well supported by Somsikha Mazumdar who played her role to the T.

The playwright had visualised the drama in different backgrounds and set designer Suman Das did justice. Light engineer Rupraj Deb supported Suman well and together with music director Subhan Das they created an enjoyable ambiance. Biswajit Nath in-charge of makeup did a great job as the actors looked relatable to the characters they were playing. 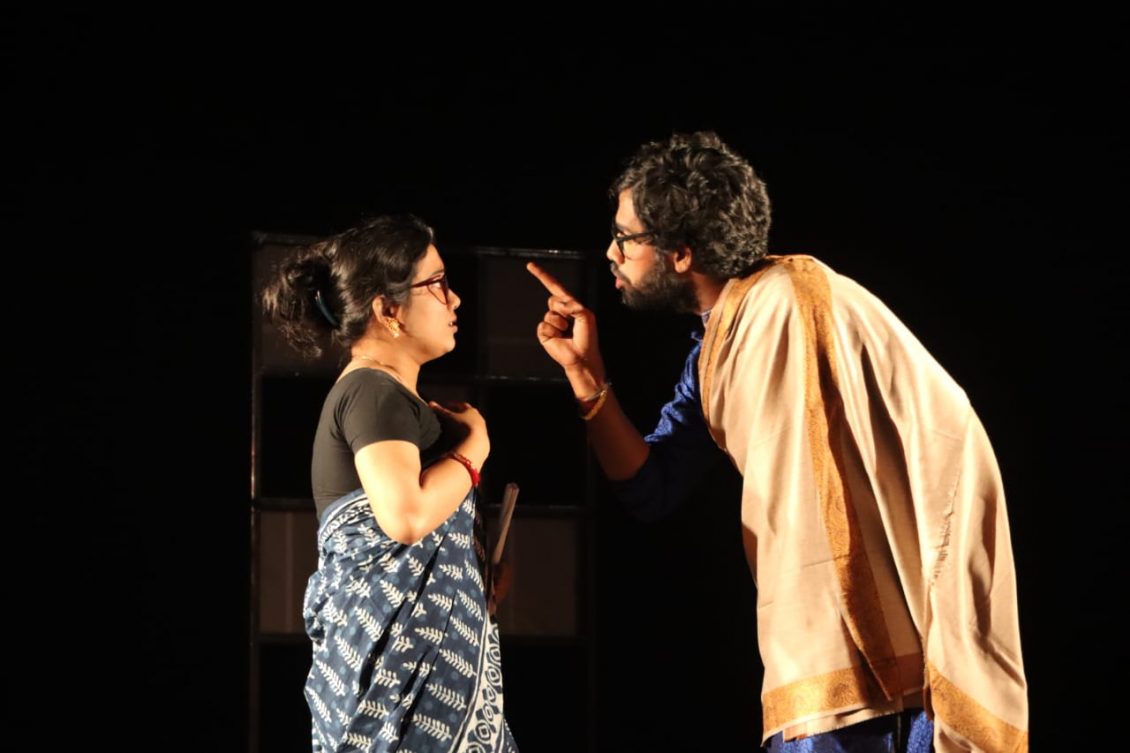 After Dasharupak’s play on Saturday and Bibartan’s ‘Adhara Madhuri’ on Sunday, the theatre fans of Silchar have something to cheer. The number of seats has been halved due to the COVID protocols, and in both the shows, the seats were almost full which is an encouraging sign especially in the cold-foggy Silchar nights.

After Bibartan’s play, popular band Dolchut played on stage together for the first time since lockdown was announced and the band, as well as the audience, enjoyed it. Many were seen dancing right in front of the stage. The dancing feet and smiling faces in Banga Bhawan on Sunday showed signs of a happier year after a dreadful 2020.

PS: This is not a review, but the author is simply sharing his experience of watching the play as a fan.

"People used to call me and my mother mad, but I was determined. Today I am lead in a…

TRP List: Here's the top five Hindi and Bengali shows of this week