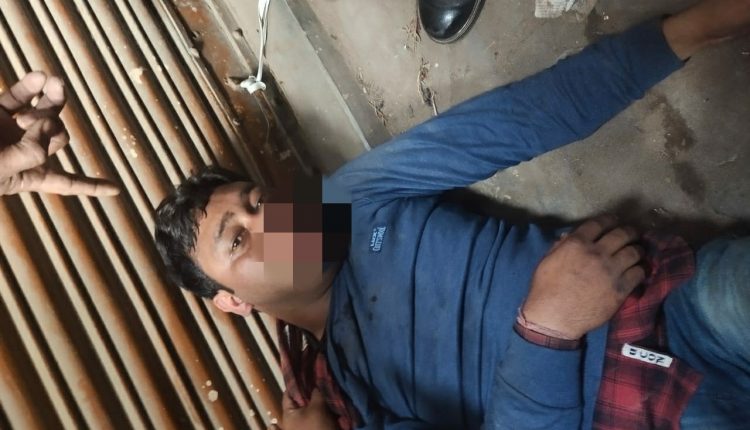 Chirukandi Das Para resident, Sudip Das had withdrawn Rs 3,00,000 cash from Punjab National Bank today afternoon around 3:00 pm. As he walked out of the bank, a masked man sprayed something on his face and tried to run away after snatching the bag of cash from his hand.

Locals saw the miscreant and immediately caught him red-handed. Angry locals started manhandling the culprit. Meanwhile, Police officials in the civil dress who were deployed in the bank premises rushed to the spot and detained the culprit.

Pranab Kumar Deka, officer-in-charge of Rangirkhari Police Outpost confirmed that the miscreant has been detained and kept at the outpost. “His name is Rabi Singh, he is a resident of Katihar, Bihar,” informed Deka.

He added, “This is a major success for us as through him we can get to the root of this nexus of snatchers. We have strategically placed many police officials in zones prone to snatching. These officials are in civil dress and they played a  vital role in detaining him healthy.”

Sudip Das who had withdrawn the cash said that his friend standing near him helped them get the bag back. “The man tried to spray me from behind, I did not see him, but I saw the spray and started screaming Dhoro Dhoro (catch him) and that is how my friend realised, there is something wrong. So with the help of the local public, we managed to detain him,” said Das.

Today afternoon, miscreants snatched Rs 3,00,000 from a retired engineer in Tarapur. Police is investigating that matter too.