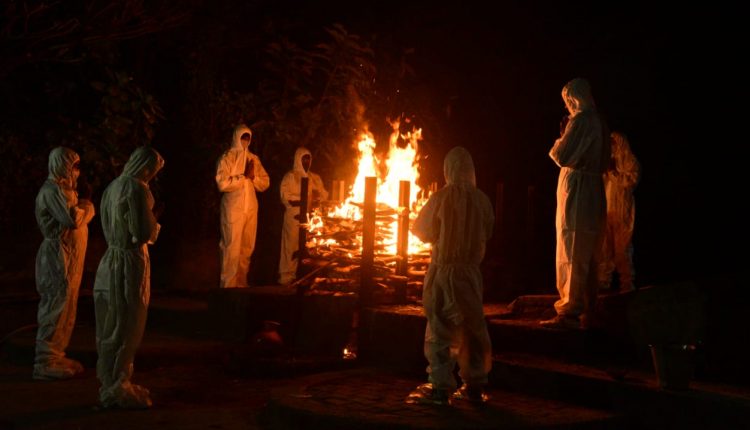 The Public Service Broadcasting Trust (PSBT) under the Government of India in association with the Dalai Lama’s Foundation for Universal Responsibility awards the best shorts films coming from India. They mainly focus on the humanitarian work of the filmmakers. Biswajit Sheel has made a 9-minute short film called ‘Cremation Diary’ focused on the services rendered by the members of the Rising Youth Society in Silchar during the Coronavirus period. This documentary is receiving a prize in the Fur Lotus Award category at the PSBT Film Challenge 2020-21.

Last year during the lockdown period, many have lost their relatives and dear ones. One of them happens to be journalist and filmmaker Biswajit Sheel’s mother. He too has lost his mother and the humanitarian deeds of a few people in the society in such harsh conditions is what attracted his mind. With the help of veteran journalist Partha Seal, he started working on the short film. Mrinal Dhar helped him in editing. They started working in October last year and it was sent out in January this year for PSBT Film Challenge 2020-21.

Recently, they have been informed that they have won the Fur Lotus category jointly. This time they will get special grants and have a chance to screen their documentary internationally.

In an interaction with Barak Bulletin, Biswajit Sheel said, “If a person’s death was linked to coronavirus, his family members could not cremate him/her, such was the rule. I knew back then that a group of young people was doing this work of cremating in Silchar. But I was not aware of the difficult aspects of their lives back then. Living in the same city, they can’t even see the faces of their own family members. A boy went home to give his mother medicines but was attacked by the locals. I have seen more such incidents. They have had to see such days only for the sake of selfless service. I decided then that I would do something about them. We started the work in October last year and we had to work hard to highlight different aspects. At one point I received a call from the Public Service Broadcasting Trust (PSBT). We had a deadline of January 26 but it took two more days to complete the work, finally, it was submitted on January 30. Now that we have the awards and grants, we can improve the documentary a little bit, especially I can share the last few days spent with my mother.”

Veteran photojournalist Partha Seal has won various awards before. Pictures taken during the floods once took Twitter by storm and were shared by various international cricketers as well. He was recently honoured at a state-level photo exhibition in Guwahati. Now his work in Biswajit Sheel’s documentary has reached the national level.

In addition to receiving awards on so many platforms, another great achievement is that many will watch the documentary and it will do a special job in getting other awards in the future as well. We do hope that in the future ‘Cremation Diary’ will gain international acclaim.