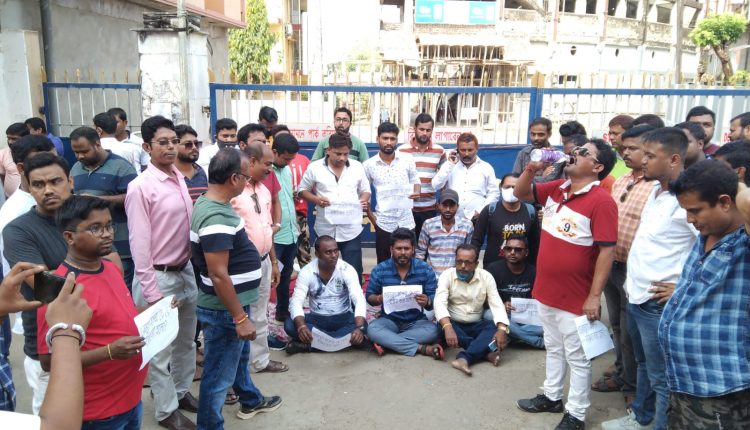 District Sports Association’s General Secretary, Bijendra Prasad SIngh is a hardcore sangh parivar graduate who has been an active member of the Bharatiya Janata Party. Today, his colleagues have cornered him and are protesting against him.

Singh was on his way to attend the Special General Meeting called by the association but the Bharatiya Janata Yuva Morcha – the youth wing of BJP members blocked the road. They question why Cachar College, GC College and other 20 such organisations and clubs were dethroned from the membership of Silchar DSA. But, more than the members of those twenty bodies, it was BJP’s youth wing that launched the protest particularly against one of their own – Bijendra Prasad Singh.

A former sportstar himself, Bijendra Prasad Singh – popularly known as Badshah was elected as the General Secretary of Silchar DSA in 2019. It was an election where the divides within the BJP was wide open. However, then MLA Dilip Paul backed Badshah and he won the election. The same year, it seemed like Sushmita Dev will contest against Rajdeep Roy head on for the post of president, however, later they backed out and senior Congress men and veteran sports administrator Babul Hore defeated Dipayan Chakraborty to become the president. The latter contested the Assembly elections on BJP’s ticket from Silchar and secured a huge victory. He is now MLA of Silchar. 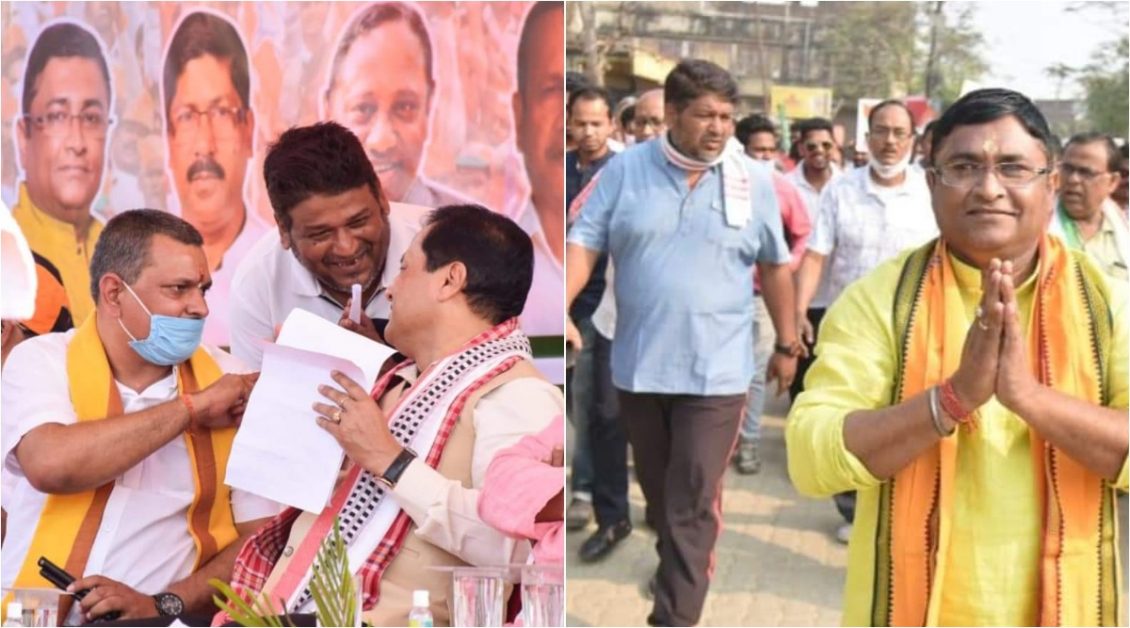 Amitesh Chakraborty, president Cachar – BJYM was also in the protest raising slogans against the District Sports Association. He said, “When this body was elected, we saw several irregularities. Even the Assam Olympic Association wrote to Silchar DSA flagging similar issue. This body was elected by the members of the same twenty organisations that are no longer the members of the DSA. AOA has again written to Silchar DSA. Our question is, when the Silchar DSA did not organise any event in the last two years, how can it cancel the membership of these 20 clubs and associations for non-participation in the last two years,” said Amitesh Chakraborty.

He along with other protesters maintained that the protest is on behalf of the common people and not an activity of any political party. However, most faces among the protesters are BJP and BJYM members.

When Bijendra Prasad Singh reached Silchar DSA, the protesters engaged in heated arguments. It was astonishing, as other members of Silchar DSA quietly stood next to Hotel Kalpataru leaving Singh alone to argue. Singh explained to the protesters that the membership of 20 clubs and associations were canceled as per the constitutional provisions of Silchar DSA. But the protesters were unwilling to accept the explanation, instead continued to protest against Silchar DSA.