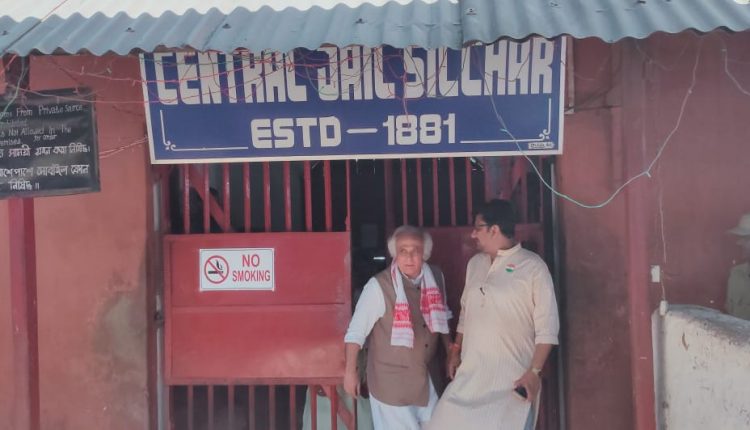 All India National Congress delegation comprising of former union minister, Jairam Ramesh, former minister, Mukul Wasnik, APCC president Ripun Bora, Sushmita Dev, Mahila Congress president and former Silchar MP along with other local MLAs went inside the Detention Camp setup inside Silchar Central Jail. The delegation toured throughout the Northeastern states under the direction of Congress president, Sonia Gandhi. The AICC leaders are touring the region to gauge a sense of what the ground reality is when it comes to issues like, NRC, Detention Camps and Citizenship Amendment Bill, 2016.

After visiting the detainees inside the camp Jairam Ramesh said that Congress unites the country while BJP believes in division. “Sonia Gandhi has asked us to brief the party about the stance of our local leadership in all the northeastern states. We will meet the local leadership here in Cachar today,” said Ramesh.

He added that there are 48 such detainees in the Silchar Detention Centre who claims that they are Indians while there are 17 who accepted that they have come from Bangladesh and have expressed their willingness to return to the neighbouring country. He informed that there are six of them who have come form Myanmar, “The law of the land says that if someone has spent three years in a detention centre then he or she is eligible for bail provided they give a surety of Rs 2 lakh,” said Ramesh.

He shared the plight of a detainee and said, “There is a lady from Karimganj who is in the detention camp for more than 10 years now. She has a daughter who is also inside the camp what about her future. We will speak with Ripun Bora ji, Sushmita Dev ji, and other local MLAs to see who we can help them through the law of the land.”

Sushmita Dev thanked Sonia Gandhi for sending the delegation to Northeast and also appreciated the efforts of Ripun Bora as he facilitated two visits in Assam. “In all other states, the delegation visited only once. However, in Assam it visited twice, once in Barak Valley and once in Bramhaputra. This was done to avoid any Barak-Bramhaputra confusions,” said Dev.

The district Congress leadership is scheduled to meet the delegation later today.