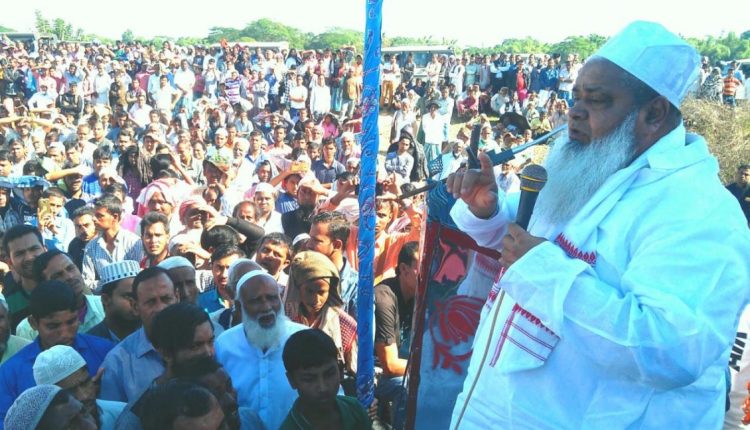 All India United Democratic Front (AIUDF) chief Badruddin Ajmal, on Thursday, said the BJP had betrayed the common people of Barak Valley and hatched a conspiracy to deprive Bengalis of their citizenship using the issue of the National Register of Citizens (NRC).

Addressing a mammoth gathering at a campaign trail in Hailakandi district, Ajmal said the BJP served platters of promises to the masses prior to the elections and started showing its true colours after coming to power. “The government has cheated the masses and played political games on religious lines causing a divide between Brahmaputra Valley and Barak Valley, he said.
Ajmal held the Asom Gana Parishad (AGP), a coalition-partner of the BJP at the state, equally responsible for the present situation in the state. Besides, he slammed the previous Congress governments for allegedly hoodwinking the common people with fake promises for several years.

Further, he urged the common people to desert the BJP, AGP and Congress and rather support the AIUDF in the upcoming panchayat elections.