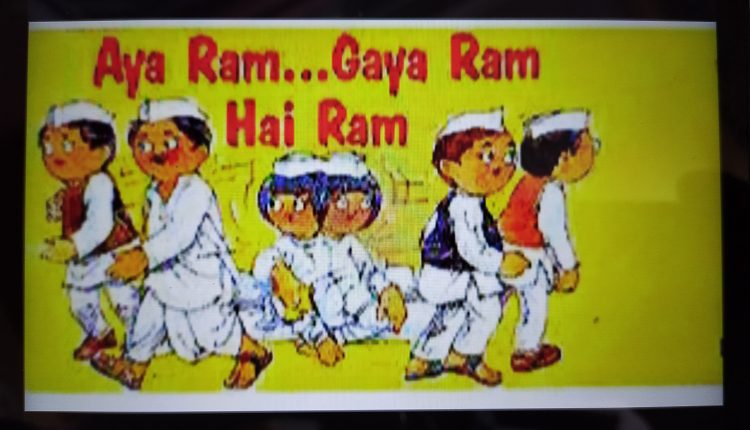 Horse Trading is the trend that has been going on in the country’s politics for the last few years. MLAs and bigwigs from various political parties including the Congress have joined en masse to BJP. The trend has also been observed in Cachar district. However, as the elections are approaching, various permutations and combinations are getting created. While speaking to reporters today, Silchar District Congress General Secretary Abhijit Paul claimed, “Three heavyweight BJP leaders including an MLA have recently contacted the state Congress high command.” According to him, the main reason is that these leaders will not be favoured much in the next elections by BJP so they are clearing their path in advance by contacting Congress high command. However, Secretay of Assam Pradesh Congress Committee, Sanjeev Rai said he doesn’t know anything about the matter.

Abhijit Paul, General Secretary of Cachar District Congress, recently went to Guwahati for a special task. On Monday, he returned to the district and attended a meeting at the party office. Speaking to Barak Bulletin he said, “I have received information from the Assam Pradesh Congress Committee High Command that many BJP members of Cachar district have been in touch with Rai. The trend has been going on for about a month now. Even a few BJP MLAs have contacted the Congress High Command. Some want to directly talk. They have tried to bring in many internal issues inside the BJP to the Congress High Command. We are not publicising their names now but it will be revealed in early February with full evidence.”

Referring to former Congress leader Rajdeep Goala, who recently became a BJP member, he said, “Although the BJP has introduced Rajdeep Goala to their party and may field him as a candidate in the next elections, one thing to keep in mind is that he did not leave Congress but was expelled due to anti-party activities. Maybe the BJP is not getting qualified candidates so it wants to field expelled Congress leaders as their candidates. The Congress didn’t include any expelled BJP leader in the party and won’t rely on them for winning elections either.”

It is to be noted that there are various speculations about distribution of BJP tickets for the upcoming elections. While being in Silchar, party president Ranjit Das made it clear that the grassroot workers would have the say in finalising the tickets according to their choice and it won’t be surprising if the MLAs who won in 2016 are left out this time. The BJP won six seats in Cachar district while the Congress won only one. Rajdeep Gowala, the only Congress MLA, recently resigned from his MLA post and joined BJP. The BJP’s slogan this time around is ‘7-0’, meaning the party aims to win all the seats in Cachar District. Apart from MLAs, several big names are on the list of ticket seekers in almost every assembly segment of the district. Among them are District President Kaushik Rai, General Secretary Konad Purkayastha, young leader Dipayan Chakraborty and many more. Meanwhile, Rajdeep Gowala, who came to the BJP from the Congress, former minister Gautam Roy and his son Rahul Roy are also among the contenders for the BJP ticket. Many within the party are also saying that new faces will be seen in next year’s assembly elections in Kathigorah, Udharbond, Barakhola and Silchar. In other words, the current MLAs of these four constituencies are not getting party tickets. However, these are only speculations. The BJP has given clear indications that only Aminul Haque Laskar will be contesting as a candidate again in the Sonai constituency and the rest is unclear.

Like Abhijit Paul of Congress, Pradeep Dutta Roy of the Barak Democratic Front recently said he had been approached by some current and former BJP MLAs as soon as he announced the creation of his party. They are even ready to contest elections under the banner of his new party. Of course, he has not yet pressed any evidence in support of his claim. Only time will tell how reasonable the claim also made by Congress District General Secretary is.

Members of the Congress State Committee said they don’t know anything about it. Sanjeev Rai, the APCC secretary, said, “It is not wrong for some BJP leaders to contact the state high command of Congress. But we have no clear idea whose names are on the list. At least the party high command has not discussed it with us. I’m not going to speculate at this level and if the party’s high command provides us with enough information in the future, the matter will then become clear.”