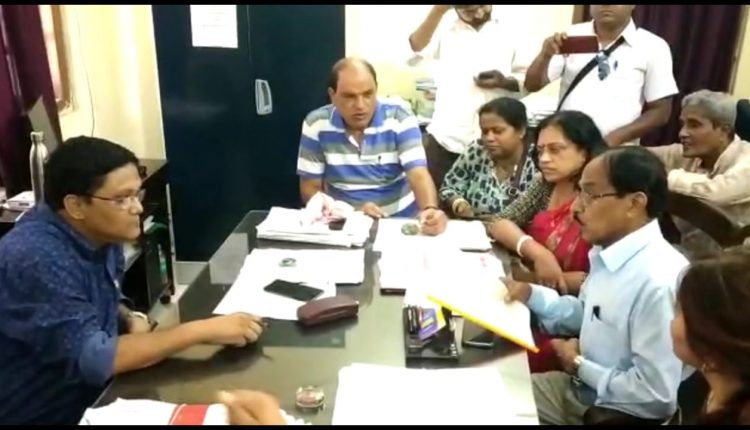 Yesterday afternoon, Congress submitted a memorandum to the additional deputy commissioner of Cachar, A R Mazumder. The memorandum was addressed to the chief minister of the State, Sarbananda Sonowal. In the memorandum Congress office-bearers accused Government officials and political personalities of being an active part of the syndicates allegedly operating freely.

The Congress spokesperson said that the corrupt BJP government is internationally letting the syndicates operate. Congress District president Pradip Dey, ex-MLA Ajit Singh, Sanjeev Rai, Tuhina Sharma, Sanchita Acharjee and others urged the chief minister to take immediate actions, “If no steps are taken then we will be compelled to start a revolt and the government will be answerable for that,” said Dey.

He went on to say that this government way of functioning is – give us bribe and you will be free to do whatever you want. “What we see very often in Barak Valley and is that whenever trucks meet with an accident the police officials get busy in ensuring that the truck is let off. Whereas they should register a case, this is the extent to which corruption has crept in in this system,” said another spokesperson.

Former MLA Ajit Singh spoke about the Lakhipur Municipality office. He said that in the office premises there were photo-frames of Jawaharlal Nehru, Rajeev Gandhi, Indira Gandhi, Dinesh Prasad Goala and other Congress dignitaries which are missing now. Singh said, “When Congress formed the Government, we installed Atal Bihari Vajpayee’s image and this administration under BJP’s regime has removed the photo-frames from the wall. This is shallow-minded politics and leaves a very bad taste.”

Singh urged the district administration to take immediate action and ensure that the photo-frames are respectfully reinstalled.