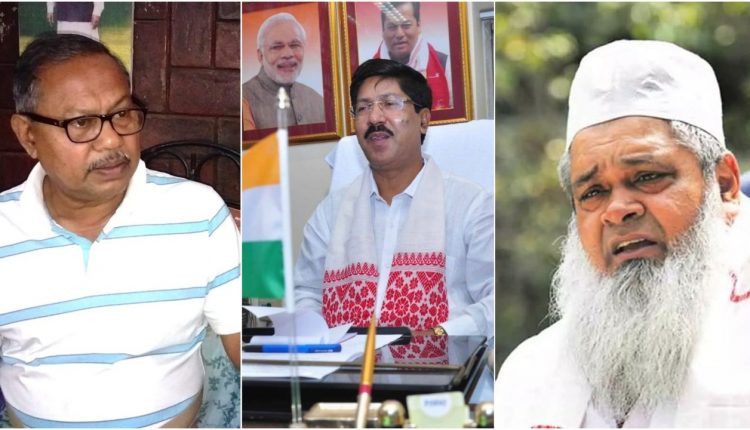 While addressing a recent gathering in Saidpur area in Sonai, BJP candidate Aminul Haque Laskar took a subtle jibe at former colleague Dilip Paul. During the explosive speech, the Sonai MLA and deputy speaker said that BJP is not a communal party as the Congress and AIUDF are alleging.

Laskar went on to say, “BJP snubbed leaders for making communal statements. If we look around us, we can find an example. There is no need to take name. BJP believes in Sabka Sath, Sabka Vikas and Sabka Vishwas, the mantra that the Prime Minister of India gave us.”

Silchar MLA Dlip Kumar Paul has not been given the ticket to contest in the upcoming elections by BJP. Paul said the manner in which the party has snubbed him is insulting and therefore, he has decided to contest as an independent candidate. Paul said the BJP today is BJP 2.0 where the real karyakartas do not find any place. Paul named Aminul Haque Laskar many times during his press conferences and said Laskar has a hand in the syndicates running around.

Though during his speech, Aminul Haque Laskar did not take any name, it was clear that he was hinting towards Paul. “Tablighis must be shot dead”, “Corona-express”, “decedents of Mughals”,… many controversial statements have been attributed to Dilip Paul in recent times.

When asked for a reaction on Aminul Haque Laskar’s remark that BJP has snubbed leaders for making communal statements, Paul said, “If that is the case then Himanta Biswa Sarma should be snubbed first.”

Aminul Haque Laskar also attacked AIUDF supremo Badaruddin Ajmal. “Ajmal Sahab has the blood-stain of Muslim people on his kurta,” asserted Laskar. He explained his statement, “Badaruddin Ajmal resigned from Congress alleging that Tarun Gogoi is a communal man and he is unable to protect the Muslims in Bodoland where they were mass murdered. We all know that Muslim women were raped in Bodoland in front of their husbands. The kids were shot dead when they were on the lap of their mother. Today, the same Ajmal has joined hands with Bodo People Front (BPF) the mastermind behind the massacre in Bodoland in the early 2000s.”

It is worth mentioning here that the BPF is a former ally of the BJP in Assam.

Laskar added, “Congress in one communal party which has tied hands with another communal party – AIUDF. The two communal parties will make a super-communal government.” Warning the voters of Sonai, he asserted, “Go to Hailakandi and see what happens when you vote MLA from a party that is not in the government. Sonai has developed leaps and bounds, from this Sonai, we have got a deputy speaker and it is a matter of pride for this constituency. I request the voters to give me one more opportunity to serve the people and warn them against voting an MLA from a party that is not going to form the government.”