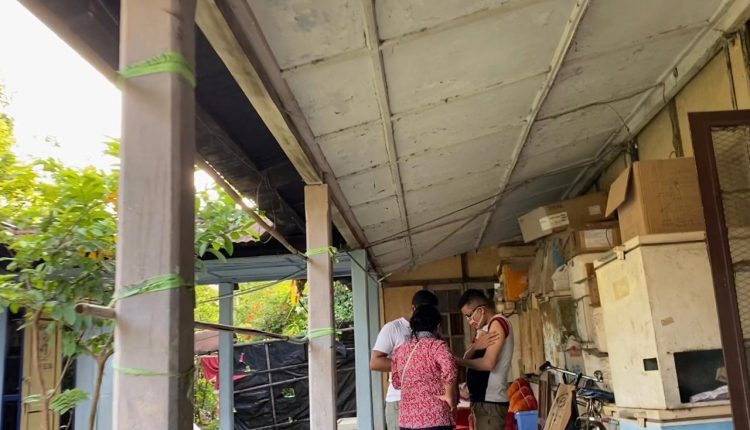 As exposed yesterday by Barak Bulletin, there is a secret chamber inside the ACM&HO’s office. The chamber, according to the officials, is functioning under the directive of Munindra Nath Ngatey, ACS, Director of Health Services (Family Welfare).

What is the directive? It asks the districts to open centres at session sites or in locations closer to the session sites where after spot registrations, vaccine doses can be inoculated to the 18-45 age group. The directive clearly mentions that these doses need to be from vials opened at session sites but due to some reason, those could not be used. The entire directive is issued to reduce wastage or ensure zero wastage.

What does this mean? At all session sites, 100 slots are allocated. But due to some reason, doses get wasted. So they need to open a new vial to ensure all 100 with the slots are vaccinated. To explain further, let us assume one dose got wasted, so, 99 got their jabs and one is left. The nurse at the session site will have to open a new vial to provide a jab to the remaining one person. In this case, nine doses will remain unused in the vial. There are five centres around Silchar and in all centres such doses remain unused. Assam’s wastage is around 5.5% while Cachar’s wastage, according to District Immunisation Officer, Sumona Naiding is 2.4%.

If a vaccination centre has been opened inside a clerk’s cabin, shouldn’t it be made public? Yesterday, Swarnajit Paul, who according to records is a data entry operator, said district media expert Suman Choudhury was supposed to inform the public and why it wasn’t done is something that must be asked to him.

Here is what Suman Choudhury replied, “Govt. has authorised District Immunisation Officer as the spokesperson for the Vaccination program. I have never been informed of any such Vaccination session at Addl. CM&HO (FW) Office. Moreover, if Addl. CM&HO (FW) is unaware, who has informed me?” He added that there has been no official communication handed over to him.

Today, they admitted it was intentionally kept secret! In presence of Sumona Naiding, Additional Chief Medical and Health Officer, Dr. PK Roy, an official said this was intentionally kept a secret as otherwise thousands will turn up and it will be a mess. So why did they lie yesterday or are they lying today?

Munindra Nath Ngatey, ACS, Director of Health Services (Family Welfare) in his directive mentions that there needs to be an on-the-spot registration. Yesterday, there were no names, no registrations, the nurse said, people who were brought in by Swarnajit Paul and other senior employees, got the doses. Yesterday, three vials were opened for a list of 18 people sent by the ADC Health Sumit Sattavan.

After Barak Bulletin’s report, DC Cachar Keerthi Jalli asked Dr. PK Roy for an explanation. Today, Munindra Nath Ngatey, ACS, Director of Health Services (Family Welfare), also spoke with Sumana Naiding and Dr. PK Roy. He said the matter has been taken into cognizance and an investigation has been called for.

However, vaccination inside that shoddy chamber continued today. Again randomly people were entering the room, getting their doses and leaving the same. No waiting room, no observation. The syringes are not discarded properly, at times used syringes are seen lying on the floor and kept on the table. Needless to say, this exposes one to the chance of getting infected by HIV which can cause AIDS. At an alleged wastage management site, medical waste management is not even a matter of concern.

Five vials of Covaxin were kept on the table and there were around 20 used syringes. Nurse Sarbani Roy said “one or two syringes got spoiled due to technical or human error.” They said the centre started at 4:00 pm after the doses were collected from five nearby centres. They lied. Three beneficiaries, Barak Bulletin spoke with confirmed that they got their jabs between 2:00 to 3:00 pm. Who are these people and how do they know about this secret chamber or “Waste Management Vaccination Centre” is something all of them denied to reveal. But, they said they did not pay any money.

Prabhat Sinha, Head Clerk at CM&HO (FW) Office and the person entrusted with the responsibility of vaccine dose supply and procurement management said that they were doing this for “Human Interest”. However, later during a sting operation, he was on record saying, “We call people we know like our family members, or people who request us to arrange a dose for them and that is how people get to know about this vaccination site.” Why he does this back door arrangement hiding in the shadow of wastage management is something that warrants an investigation. If he does it for money or to offer an undue advantage to people he knows are the questions he runs away from.

Data entry operators are also involved with him in the back door arrangement or black marketing of vaccines. There was a list kept on the table of the nurse where the doses were inoculated. The moment officials realised there is a presence of media, they ran away with the list. The nurse said this was the list of people who got the vaccine today. The list was a chit full of lies and fraud.

Barak Bulletin managed to source the list, but Dipak Sinha who according to officials is another data entry operator, took the list and ran inside a cabin locking it from inside. He tore the list into two halves and kept one half with him. In the other half, he scratched important numbers. These numbers were put near the names of Rondeep Da, Dipak Da, Prabhat Da. The numbers, as seen by Barak Bulletin correspondent were, 3, 2, and 6 put against the three names respectively. When asked why he scratched the numbers? He had no answers in the beginning and later said, he just added the surnames.

Should the ones privileged with more money or more power or by virtue of having influential relationships, get to bypass the long queues where millions are standing everyday. Hundreds wait at the vaccination sites in Silchar with hope of getting a jab. Many are called and returned to their respective homes. The district administration is arranging for camps for those who remain at the frontline. If a few doses are left in vials, how the administration wants to utilise is their prerogative, but in exchange for money, power, or influential relationships, if some people are getting this undue advantage, it is black marketing of the doses and that too inside a government-run setup.

Dr. PK Roy said he was ashamed of what was unearthed infront of him at his own office. DIO, Sumona Naiding, who went on leave as she lost a family member said she was shocked to learn about it and that is why she ran back to join duty, the director said there needs to be an investigation and the deputy commissioner, where the buck stops called for an explanation. “I will speak with the director and after taking all the versions into account, I think it is best for us to shut this vaccination centre,” concluded PK Roy.