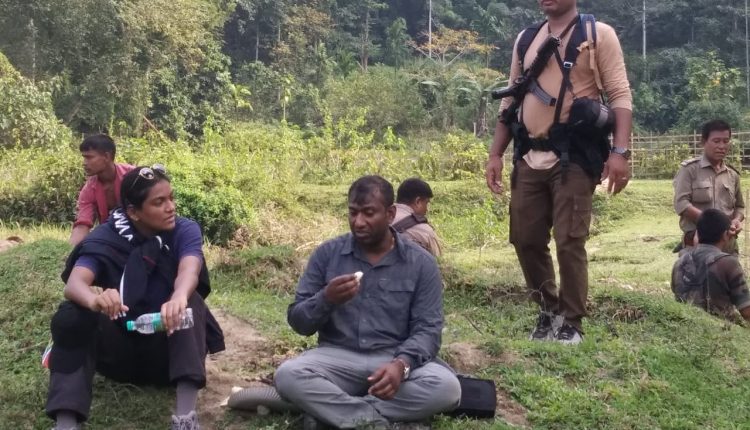 Yesterday, DC Cachar Keerthi Jalli along with DFO Cachar Sunnydeo Choudhury and other officials from the forest department went to Assam – Mizoram border for inspection. The purpose of their visit was to conduct a reiki of the area inside Assam’s territory and take stock of intrusion.

The road to Aitlang where the official interstate border pillar was installed has been blocked by the Mizoram authority. A check gate has been set up. “We have been told that road has been blocked keeping the COVID situation in mind. Apparently, they conduct COVID testing there,” said DFO, Choudhury.

The delegation from Cachar took the alternative route which is a 26-kilometer trek in severely hilly terrain. After inspection, DC Cachar Keerthi Jalili said, “The border pillar seems to have been removed. There is a school that needs to be protected. We have decided to mobilise some force presence there.”

She made it clear that the entire area comes under the jurisdiction of the Cachar District administration and the Assam State Government. “How to stop further intrusion into the state is something we will work on and then send a detailed report to the government,” said Jalli.

DFO Choudhury said that this is not the first such intrusions. “In 2005 and a few occasions after that too we have had intrusions. On every occasion, the forest department sends officials to the spot and then install the pillar to claim that the area is under Assam,” said Choudhury.

The administration has also asserted that it wants to dominate the area and will mobilise forces to ensure that. The DC and DFO have earmarked the zone as sensitive.