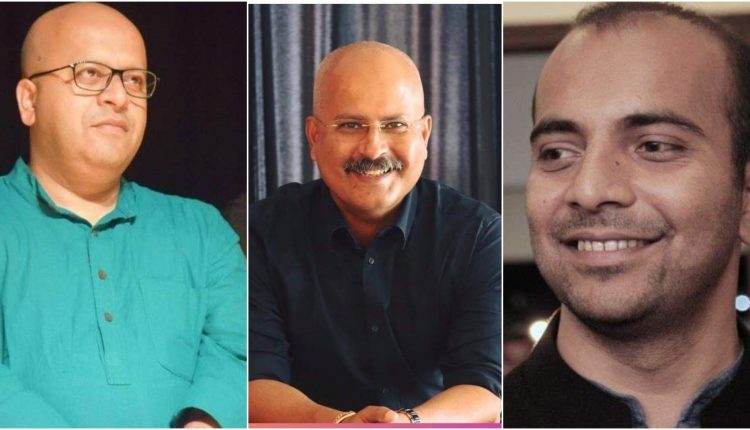 “Brain Drain” will continue unless Barak Valley finds means to create value: Here’s why there’s hardly any private investment in this region

With a population of just below 40 lakhs as of 2021, the Barak Valley is one of the most populous and diverse regions found in the entire Northeast of India. Among the three districts of Barak Valley, Cachar happens to be the largest one, boasting a population of around 19 lakhs, according to the Adhaar database of 2021. Also, Cachar district is the gateway to neighbouring states of Mizoram and Manipur, which makes the place a trading and business hub of this region, with its headquarter Silchar being the second-largest city in the state.

But despite having such geographical importance, most of its citizens, especially the youth, still prefer seeking employment elsewhere, and this trend of leaving their ancestral roots in Silchar right after the completion of their studies has only grown in the last two decades. Except for employment in the government departments, banking sector and a few insurance companies, the second-largest city which also boasts of two central-run academic institutions and a state medical college, there’s hardly any scope for the educated youth of this city to seek employment alternatively in the private sector which is almost non-existent.

There has been a gradual ‘Brain Drain’ from this part of the country over the years, primarily due to the lack of better opportunities and lifestyle that the city has at its disposal right now. So what exactly is the ‘disorder’ that is ailing a potential commercial hub of Northeast India?

Gaurav Chakraborty, the Founder and brains behind the social start-up of Cachar, Aranyak Valley, thinks that although the symptom is quite evident and obvious, the cause is multi-dimensional and has many layers to it.

“First of all, one needs to understand the concept of how wealth flows in and flows out. Human resources are being drained from our valley mostly because there are not enough sources of opportunities and employment creation. For that, one needs to dive deep and understand the concepts like ‘value addition’ and ‘value creation’, which actually brings in wealth. Merely exporting raw materials to other parts of the country or globe wouldn’t bring in the right price in return, because the raw materials will be processed somewhere else where ‘value addition’ will be done to the material to get the final product, which we’ll eventually buy from the market at a quite high price,” says seasoned entrepreneur, Chakraborty who has worked in multiple countries across the globe.

He explains, “Like betel nuts to gutkha and other similar products. I’m not saying we start Gutkha factory and it is just a metaphor. We need to do something here so that not just our people but people from all over the country buy our finished products so that revenue could be generated from outsiders as well.”

The entire Barak Valley including Cachar boasts of a plethora of natural resources which get exported to many states as well as neighbouring countries. Yet there’s hardly any self-sustainable industry that can keep the human resource of the valley from flowing out. Furthermore, Gaurav Chakraborty says, “Whatever independent industry we have, are mostly run by outsiders and not indigenous people of this valley, hence the capital that these industries generate don’t get reinvested here in this land but somewhere else, perhaps for logistics purposes. And there’s nothing wrong with it, after all, they’re business people. But our valley and especially Silchar needs to have more entrepreneurial representatives from the indigenous people of the land so that the capital gets reinvested here, rather than flowing out. Also, more importantly, the quality assurance shouldn’t be compromised at any cost, so that people from outside become reliable consumers of our finished products.”

Perhaps the lack of indigenous entrepreneurship participation is another glaring cause behind the decay and stagnation of the pre-existing independent industries like the tea industry. The entire Barak Valley, including the Cachar district, has under its possession more than a hundred tea gardens scattered all over the land. Their tea leaves are in immense demand in many corners of the world, yet the industry overall hasn’t expanded at all over the years. An issue, which has been also resonated with by the President of the Chamber of Commerce, South Assam Chapter, Vivek Poddar.

Poddar said, “Forget about setting up new industries, the already existing ones are also in a somewhat decadent state. More than a hundred tea gardens planted all over the valley, its leaves still in huge demand elsewhere. Yet, not enough revenue is getting generated due to a variety of reasons. First of all, poor management is one issue. There have been pending bills like electricity, water and worker wages plaguing the industry. One should note that these are mostly owned by people, not from our valley but outsiders settling here for business purposes. They generate the revenue, spend at whatever is required to keep the industry afloat, and reinvest the rest of the capital elsewhere for reaping more profit.”

“Now Barak Valley is an important location geographically, bordering around three states and an international border too. Such a region of geographical importance in trade and commerce should usually generate enough revenue to keep its human resource from flowing out and reinvest here, in the local industry. Barak valley once used to be the Tea capital of the country, with a huge industry. Similarly, there are other industries as well like the rubber gardens of the valley. That level of entrepreneurship is missing in our people, who can redirect the wealth back to our land and people for the industries to have sustainable growth to provide enough employment or income generation for our people.”

But Subimal Bhattacharjee, an experienced cyber policy expert and Director of ‘Jookto’, is of the opinion that infrastructural lagging and lack of resource management is the primary reason behind the status-quo of this valley. He said, “To get investment from other corners of the country, the investor needs assurance that he/she gets at least the basic infrastructural requirements to set up an industry, like uninterrupted electricity, better transportation system, decent Internet bandwidth, and most importantly, a plot to set up the industry with proper and legal documentation. All of these prerequisites have been facing issues due to one reason or the other. If tomorrow, an investor wants to get a plot for setting up an industry or business, that would be a huge risk as most of the plots in our valley don’t possess proper legal documentation. And nobody wants to work on a controversial land due to the heavy risk that it carries.”

Bhattacharjee went on to add, “Then comes the complicated issue of bureaucracy in the govt departments and offices, where one needs to knock so many doors and sign so many papers just to get a simple thing done. That people have almost accepted choosing the easy way out which isn’t admissible otherwise. Then comes the mismanagement or lack of proper utilisation of the natural resources of the valley, which has always been the case here. As long as all these obstacles to development don’t get mitigated, I’m afraid the ‘brain drain’ from our valley won’t seem to stop. There has to be more incentive for the youth than just emotional sentimentalities surrounding this valley which would make them choose their own valley as their place of work.”

Perhaps Silchar and Barak Valley can take pride in its immensely rich natural habitat and ecosystem. But the value addition and creation isn’t happening here and hence, its true value is getting reaped in someplace else. This, drain of natural resources in the form of raw materials is obliquely leading to the drain of human resources from this region, thus unjustly denying the city of its deserved place in 21st century India.