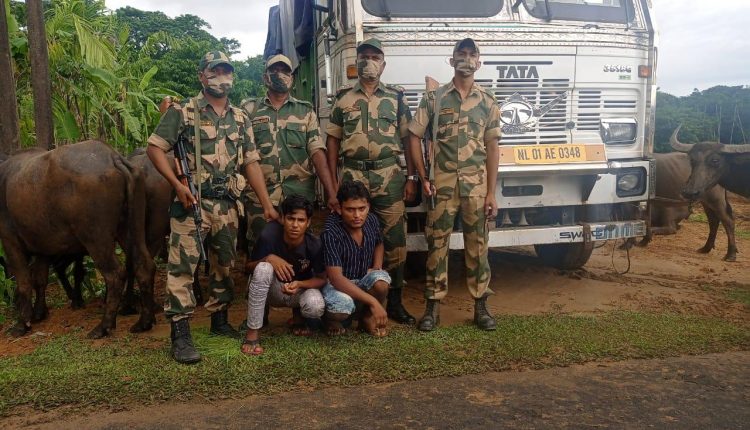 The Border Security Force (BSF) continuing its drive against illicit smuggling of cattle, launched a special operation earlier today. In the wee hours, based on a secret tip-off, a troop of BSF’s Cachar and Mizoram Frontier intercepted a truck headed towards Meghalaya in Katigorah area.

“During this Operation, at about 0615 hrs, the BSF Operation party seized one heavy truck (having Registration No.NL-01-AE-0348) at Hilara railway crossing which was carrying 22 Nos. buffaloes illegally and 02 Indian nationals with one Maruti 800 Car also apprehended, who were connected with this illegal transportation,” informed the BSF through a press statement.

Seized buffaloes along with the truck, car and apprehended person have been handed over to PS-Katigorah for legal actions with a requisition to lodge an FIR. 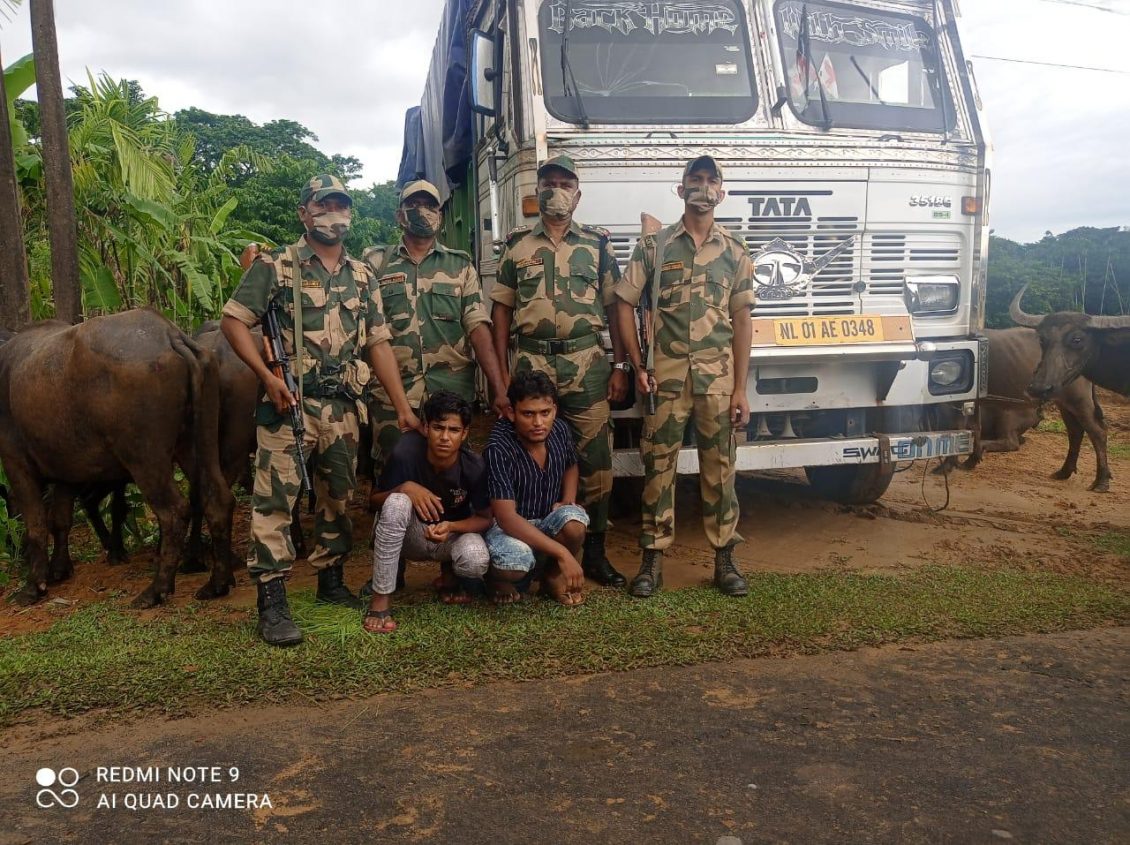 “The BSF troops of Mizoram and Cachar Frontier has seized total 150 cattle heads since January 2021 while being attempted for smuggling purpose,” informed the press statement.

Highly placed sources in the BSF informed that the two apprehended individuals are 20-year-old Asman Uddin Hazari and 18-year-old Minaz Uddin. Both are residents of Digarkhal in Katigorah.