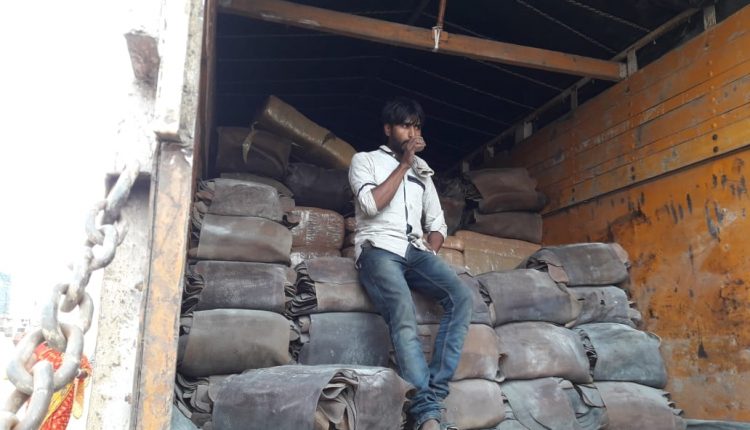 In yet another successful combat against illegal smuggling of contraband drugs, the Border Security Force in a Joint Ops with Directorate of Revenue Intelligence (DRI) seized 495 Kgs of Cannabis (Ganjha) at Badarpur railway crossing on Silchar-Guwahati National Highway on Sunday.

Acting on a tip off about suspected cannabis being ferried on NH 44 & NH 37 through a truck from Tripura towards Karimganj, a detailed operation was planned and Joint Ops team carried out the Ops in which one truck Regn. No HP-12C/ 5723 suspected to be carrying Ganja was intercepted alongwith its driver and co-driver.

Reportedly, the consignment of contraband was loaded from Agartala and was bound to Bihar. BSF has tightened its vigil along the Indo-BD border keeping in mind the impending general election in Bangladesh. BSF is also seeking the cooperation of sister agencies and conducting operations at border and hinterland. The total seizure value Including seized truck, rubber and cash has gone more than 52 lakh rupees.

It may be mentioned that during the calendar year, BSF with DRI have seized 1,695 Kgs of Cannabis worth Rs 93,24,700/- and apprehended 06 Indian nationals on the same National Highway in Barak Valley Region.

Paper Mill: “The committee will continue with its Bandh in Barak Valley on Nov 22”: Manabendra Chakraborty