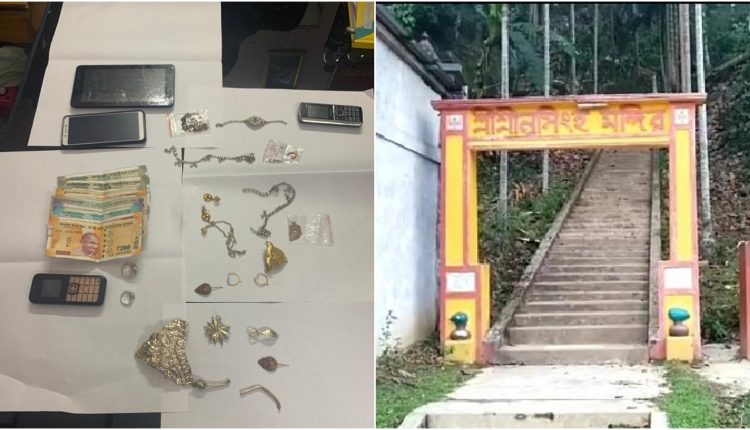 On April 12, the famous Narsimha Temple in Karimganj’s Baliya area under Nilambazar Police Station was attacked by miscreants. The priest of the temple was manhandled his daughter was harassed. The miscreants vandalised the temple and puja materials were damaged. They had also robbed expensive items like ornaments, the divine goddesses’ weapons among many other things.

Right after the incident was reported, under the supervision of SP Karimganj, Mayank Kumar an operation was launched to nab the culprits. After efforts of more than 15 days, SP Kumar confirmed today that after the arrest of 12 persons and recovery of precious items, the case is officially closed.

Kumar informed five dacoits who were involved in the incident have been arrested by the Police. They used a vehicle to execute the plan and the driver has been nabbed. Apart from them, three conspirators and two receivers of the stolen property have also been arrested. “The mastermind behind this entire activity was Salim whom we traced and arrested from Dimapur,” informed SP Kumar.