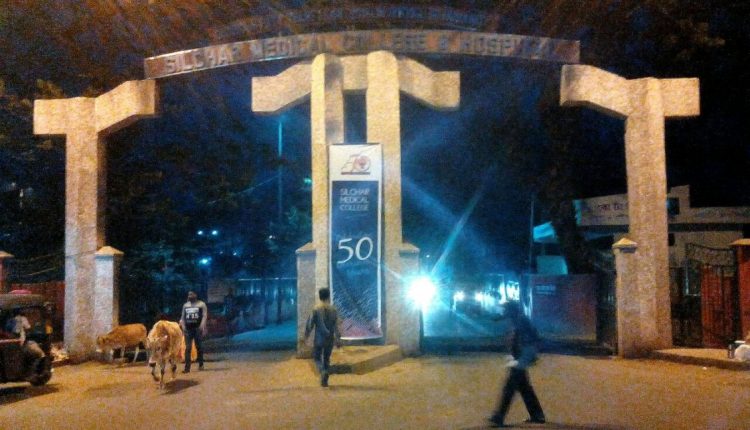 It’s been almost a year since the first Corona infected patient of the Cachar district was found. After witnessing numerous deaths and tough conditions in the past year, the fear in people about the coronavirus has subsided.

The second wave of the corona has hit the entire country and Barak Valley is no exception to it. Two people, including a female doctor at the Silchar Medical College & Hospital, got tested positive on Sunday. Now the number of affected people in the Cachar district is 16. Exactly one year ago, the first corona-infected person in the state was found in the Barak Valley. He recovered after a long period of treatment and then the most difficult Corona period in the district was experienced by the common people. Many even lost their loved ones.

According to the Health department sources, a female doctor tested positive for the RT-PCR test at the Silchar Medical College & Hospital on Sunday. In the past, her parents were also tested positive. Due to some family work, she decided to move out of the state. According to the new guidelines, the Covid test is mandatory for air travel. She was examined at the Silchar Medical College & Hospital on Sunday and the report came positive on the same day. However, she is asymptomatic, meaning, she does not have any external symptoms of the corona. Hence she has been allowed to stay at home for treatment. Everyone who came in contact with her will be tested in the future and they have been advised not to go to public meetings as well.

The Corona situation in the country has gradually begun to take on a larger size of its own. The NDTV reports that around one lakh new infections have been detected in the last two days alone. Now about 7 lakh people in the country are infected with the coronavirus. A few days ago, a man died in the Cachar district from a Corona infection. Although the number is negligible, according to the district health department, some people are still suffering from the corona.

Last month, one person died of the coronavirus at the Silchar Medical College & Hospital. The hospital’s principal, Dr Babul Bezbarua, then said that they were expecting the possibility of another big wave of the corona. Even the hospital is being prepared again so that the situation can be handled better when more infected people take shelter for treatment here. “The second wave has already hit the country and we are not far from it. Everyone should be careful from now on, at least wearing a mask in public and staying away from the crowd,” he said.

However, in the election campaign, each and every party organized rallies and there was a crowd spotted in each of them. Barely anyone followed social distancing or wore a mask. Meanwhile, Health Minister Himanta Biswa Sarma said in an interview on Sunday that wearing a mask for any person should not spread panic among the common people. It remains to be seen what effect the comments will have on the minds of the common people in the wake of another Covid wave.