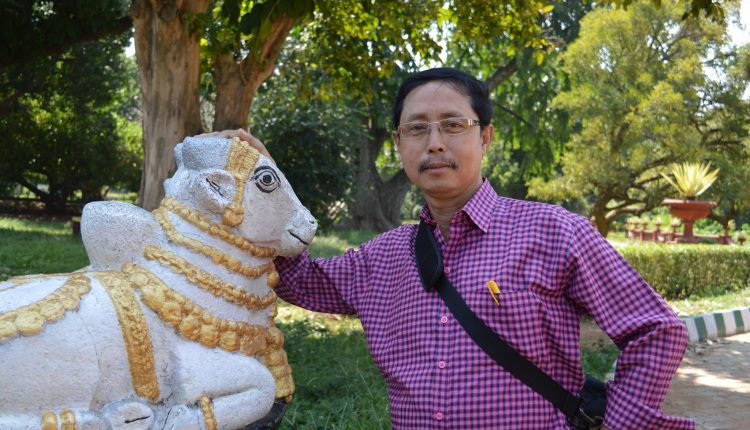 The Head of the Chemistry Department, Cachar College, Dr. Th. Pawlen Singha passed away. He suffered a massive heart attack following which he has breathed his last. He was aged 59 and was supposed to retire in the coming months.

He untimely demise has shocked the fraternity and his current, as well as former students have taken to social media to share their grief. Parthankar Choudhury who is a professor of Ecology in Assam University, Silchar and a good friend of Singha informed he has attended college on September 8 as usual and was at the campus till the afternoon after which he returned back home.

“He complained of chest pain at home and by the time he was taken to the Mediland Hospital, Silchar, he had already breathed his last. Doctors in Mediland Hospital declared him dead,” informs professor Choudhury.

Prof. Choudhury adds that Singha played a big role in the conservation of Gangetic Dolphins in the Barak basin. “He used to to go out in the wilderness trying to locate and protect Dolphins all around the Barak river from near Manipur to the Bangladesh border,” informs Choudhury. In sheer grief and remembrance of his friend, he says, “We tried our best to protect those beautiful creatures and even asked the government to set up a sanctuary for them but nothing really significant could be done for those dolphins, at least in his lifetime.”

Apart from being a teacher, Dr. Th. Pawlen Singha was a columnist and used to actively write on the issue of conservation of Dolphins. “His depth on the subject and dedication for his work sometime made me astonished. And his simplicity was just incredible! Every time after submitting any write up or if we demanded any write up on specific issues he always reminded me with humble voice “প্রণবানন্দ বাবু, আপনে প্রয়োজনে কাট ছাঁট করবা। আমারে কইতে লাগতো না”, which is rare in this time,” recalls Pranabananda Das, executive editor of Bartalipi.

One his friends who often joined Dr. Th. Pawlen Singha in his photographic expeditions said that he was jumping with joy last year on August 15. It was on that day, Prime Minister Narendra Modi, on the occasion of the 74th Independence Day announced ‘Project Dolphin’ to give a stronger impetus for conservation of GRD in the lines of Project Tiger and Project Elephant.

“We hope through plans, programmes and actions under this Project Dolphin, ‘Barak Dolphins’ will get a new lease of life. People of Barak Valley from all walks of life should come forward and lend their hands in saving, protecting and rehabilitating this flagship species which is an invaluable pristine heritage of the valley in southern Assam,” professor Singha had posted on Facebook.

Assam Tribune report published on November 10, 2017, quoted Dr. Th. Pawlen Singha saying, “In 1998, along with a young enthusiast Somava Biswas, I had spotted a group of dolphins at Lalmatidahar.” Recollecting instances of persistent efforts to obtain permission for an aquatic sanctuary at Lalmatidahar, Dr Singha said to Assam Tribune, “On February 28, 2001, a project report with an approximate estimate of Rs 7.10 lakh was sent to the Chief Conservator of Forests to declare the 12 kilometre area from Niyargramdahar to Lalmatidahar at Kashipur as an aquatic sanctuary.”

A student of Cotton College in Guwahati, Dr. Th. Pawlen Singha has his friends, students, spread all across the globe. He leaves for heavenly abode. In his lifetime, he saw the Ganges River Dolphin become the mascot of a large-scale event- ‘Namami Barak’. While that generated curioisity and awareness among people about the spicies, the conservation and preservation of the living ones is still an ignored issue. Will someone volunteer to take the struggle forward… 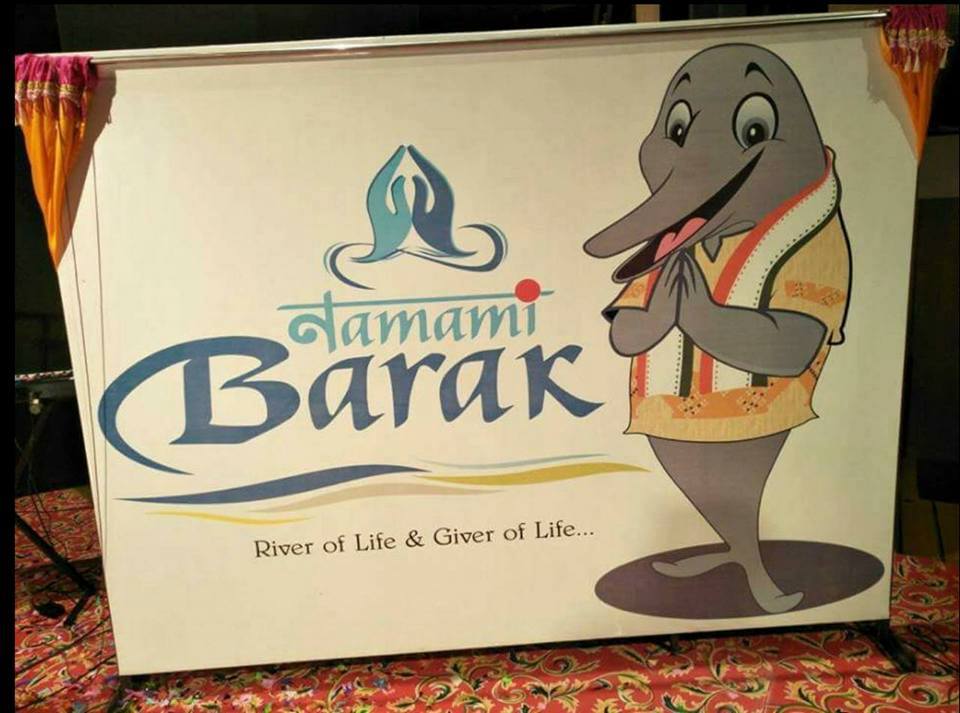