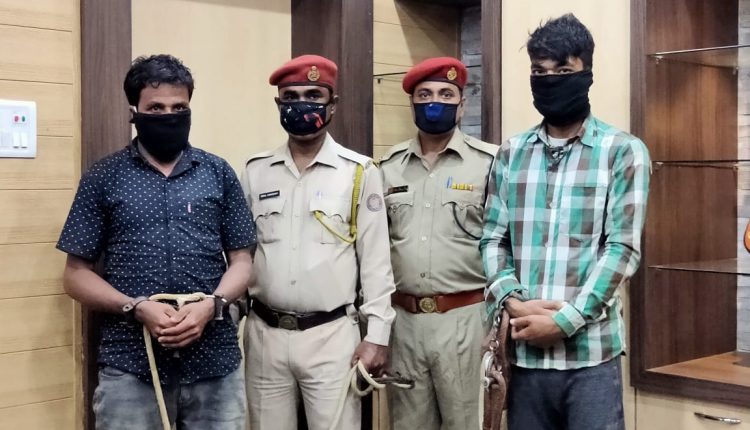 The kidnappers demanded a ransom of Rs 10 lakh. Today, a team of Cachar Police headed by Additional SP Headquarter Jagadish Das rescued the victim from Nunai Reserve Forest in Hailakandi.

Superintendent of Cachar Police, Bhanwar Lal Meena informed that Jagadish Das and his team were on the field for two nights in the operation. “After operation, we arrested Kabil Hussain three days back. That was our first breakthrough that we kept secret. Then we followed leads and today managed to rescue the victim,” said Meena.

The Additional SP added said that Abdul Basar Choudhury was kept in the jungle and after the overnight operation they rescued him. “Our priority was to ensure safety of the victim. We have managed to rescue him unharmed,” said Das.

According to Police, Kabil Hussain who is also a resident of Chandinagar had asked Auto-driver Abdul Basar Choudhury to drop him at Panchgram. “That is how he was lured and then eventually kidnapped. What we have gathered so far is that Kabil Hussain’s role was to drop the victim to the main kidnapper, who was arrested today,” said Das.

The SP Cachar revealed that Dilwar Hussain Barbhuiya a professional criminal is the mastermind in this act of abduction. “He is also known as Bomb Dilwar. A few years back, Dilwar Hussain was behind a bomb-blast and that is why his name is Bomb Dilwar,” said Jagadish Das.

“There could be others involved in this case and we are certain we will nab them too,” said SP.