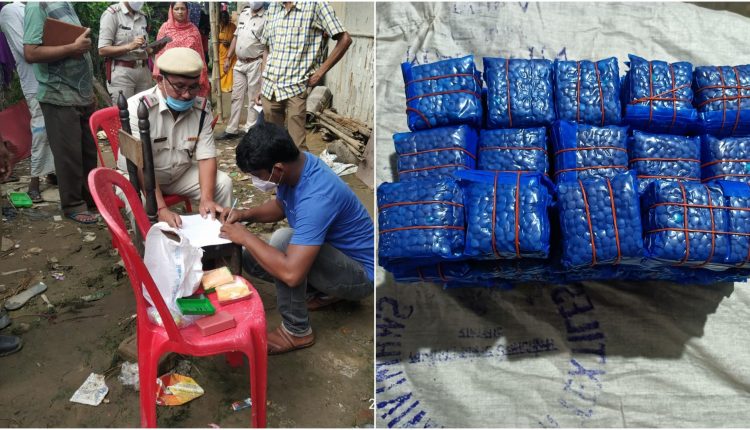 Superintendent of Police, Cachar Vaibhav Chandrakant Nimbalkar informed that the district police has secured triple success in its fight against narcotics that lead to substance abuse.

He informed, “Today on 16/7/2021 at 12:30 a.m., OC Lakhipur PS & staff apprehended one truck along with 50,000 YABA tablets and arrested the handyman namely, Mohammed Salimuddin of Imphal East, Manipur near Kontragram on NH-37.”

The SP added that Based on another source of information, the Cachar Police team led by SDPO Lakhipur conducted a raid and search in the house of Dilip Singh of Lakhipur and recovered 5.5 kgs of suspected cannabis (Ganja) from his possession, and accordingly he was apprehended.

What came in as the third success for the Cachar Police, today morning, at around 8.35 a.m., a team led by Addl. SP (HQ), Cachar Partha Protim Saikia conducted a raid and search in the house of Mohammed Abul Uddin Choudhury in Athal Basti under Silchar PS and recovered 27.69 grams of suspected heroin.

“This raid is a part of the continuous campaign against illicit drugs by the Cachar police, and we keep getting intel regarding such from our secret sources. Based on those tips, we conducted raids in those areas and recovered illicit drugs, and also confiscated a truck that was in possession of Yaba tablets. The raids and legal actions will continue,” said the Cachar SP.