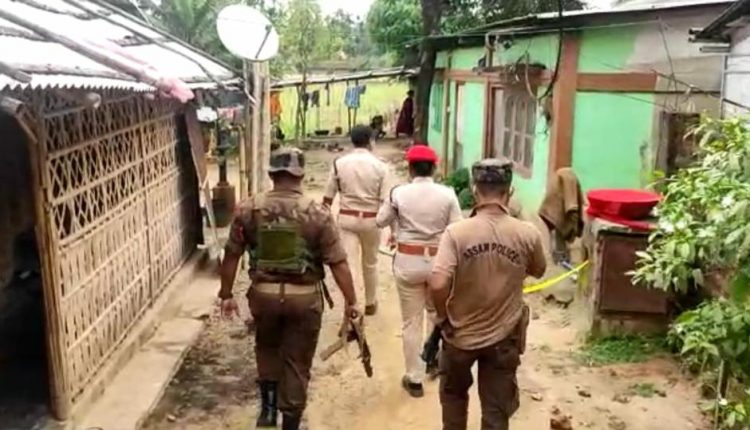 Cachar SP confirms father who stripped daughter naked and assaulted, has been arrested

Father of a minor child who stripped his daughter and assaulted has been arrested by Cachar Police.

Today morning a video had gone viral on social media. The video features a minor girl who is being mercilessly tortured by a man with a revolver in his possession. The man in the video steps on the chest of the minor girl and then beats her with a log. All that is done in broad daylight and in front of others.

Later it came to light that the man is none other than the father of the minor girl who is being mercilessly tortured. After getting the information, Silchar Sadar Police Station’s officer in charge Ditumoni Goswami, in charge of Ghungoor Police station, Chandan Bora and other constables reached his house for investigation.

The family members of the man started misbehaving with the Police officials. Hurled abuses at the men in uniform. Passing through the obstacles, the Police officials detained one individual and also rescued the girl. She was sent to a government medical facility for routine medical checkup. An FIR was lodged by a neighbour who alleged he was being threatened and manhandled by the father of the minor child.

While the father was absconding for the most part of the day, Superintendent of Cachar Police, Bhanwar Lal Meena confirmed while speaking with Barak Bulletin, that accused has been arrested. “It is a gruesome act that he has performed and now the police will act as per law,” said the SP.

Meanwhile, video of the naked girl was uploaded on social media. If sources in Cachar Police are to be believed then the Police will take a suo moto case against the perpetrator of the cyber crime. A source in the Police department said that the person who uploaded the video could have simply shared it with the Police and action would have been taken against the father. However, by uploading the video of the minor girl, the person has committed a cyber crime. The video was uploaded multiple times by multiple account holders. So, how the police takes action against the perpetrators, it remains to be seen.

The Protection of Children from Sexual Offences Act, 2012 (POCSO) prohibits from disclosing the name or picture of the victim or any other relative of the victim through which the victim can be identified or traced. That is why, in the story, nowhere have we named the victim or the father or any other family members. Requesting readers to respect the privacy of the minor girl.