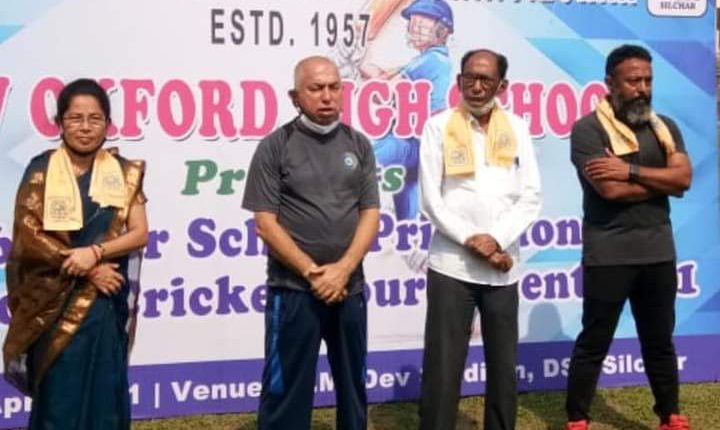 Everybody’s favourite Partha Sir used to enjoy matches with great enthusiasm whenever he came to the SM Dev Stadium and had a special interest in Cricket and Badminton. He used to always talk to the players and the association about how to improve their quality. If necessary, he would even give important tips by himself. The players and the organizers also respected him very much. And that’s why no one could accept the news of his sudden departure.

The President of the Silchar District Sports Association (DSA) Babul Hore said, “His demise is a huge loss not just in the field of education but also in the local sporting world as well. Partha da’s demise has caused great damage to the local sports world. Originally he was an educator and a scholar. But he was also keenly interested in sports. His two brothers Paritosh Chanda and Jhumur Chanda were former players. Elder brother Paritosh Chanda was one of the founding members of the District Sports Association. He was the President of the Barak Valley Badminton Association. Paritosh da was the first cricket Secretary of the Organization. And Jhumur da too was a very good player during his days.”

Further adding, Babul Hore said, “I had a long talk with Partha da only a few days ago. He came to the ground as a special guest during the opening match of school cricket. That day, he visited the ground for the last time ever, which is a hard thing to accept for every one of us.”

Secretary of the Association Bijendra Prasad Singh said that Partha sir was a member of the General Council of the Association. His departure has created a huge void in this world. He said, “Partha Sir was a true sports lover. He had been deeply involved with the association for the last two tenures. In a very short time, he was able to book a special place in everyone’s heart even in the sporting world. Whenever needed, I got Sir by my side.”

Uttam Choudhury, former Secretary of the Barak Valley Badminton Association, said that Partha sir had been working for the association for the last three years with additional responsibilities. “He had a special relationship with everyone in the association and everyone loved him dearly. So it is very painful for us to lose someone like Partha sir in this manner.”

Chandan Sharma, former Ground Secretary of the Silchar DSA, said that Partha sir’s departure was a big blow to him personally. “Feels like I’ve lost a guardian of my own. He used to come to my shop frequently, used to inquire about updates on trade news & all. He used to advise me like a guardian and also used to take updates on local sports. I still can’t believe he had left us like this.”