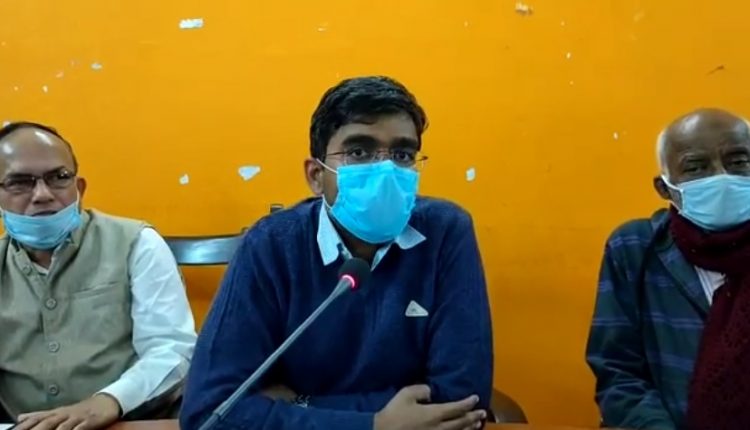 With international pharmaceutical companies inventing their own covid vaccines within a record period of one year, science now seems to have an upper hand over the raging coronavirus pandemic which has claimed about two million lives across the globe transcending geographies.

India is also about to start its covid vaccination drive with the PM announcing the vaccine launch programme tomorrow. Cachar district will join in the vaccination drive and the first shots of Covishield manufactured by the Serum Institute of India will be administered tomorrow in Silchar Medical College & Hospital and Civil Hospital along the lines of the central inauguration.

25 session sites have been identified in Cachar district where the vaccines will be administered subsequently in due course of time. Out of these 25 identified sites, Green Heals Hospital in Silchar and Burrows Memorial Christian Hospital in Lakhipur are the private hospitals in the district which will be used as session sites. The session sites will be functional on Monday, Tuesday, Thursday, and Friday from 9 am to 4 pm.

The jabs will be administered to 11,710 frontline warriors in the district which includes health workers in both public and private establishments, Asha workers, and Anganwadi workers based on their verbal consent. Elaborating the reason, ADC Cachar Sumit Sattavan explained “Healthcare workers are India’s biggest asset. The government won’t take a chance with them. The vaccine would not have been administered to them if it was not tried and tested. If by any chance a second wave appears like the USA and UK then it would be wise to have immunised healthcare workers who can tackle the situation without any fear. This is a historical moment for the country and I urge people to stay away from rumor-mongering.”

Training has been provided to vaccinators and all other healthcare workers who will be associated with the process of vaccination. “The training has been conducted at a district level. Administering this covid vaccine is just like administering any other vaccine, so most of the emphasis during the training was on data management and other technicalities associated with this process,” told the ADC speaking to reporters.

There will be three separate rooms in the session sites which includes the waiting room, vaccination room and observation room. All covid protocols like social distancing, wearing of face masks, and using hand sanitizers will be strictly followed inside the waiting room. The ID of the person receiving the vaccine will be checked compulsorily which preferably should be an AADHAR, Voter ID, PAN Card, Driving License or any other govt. issued identity. The data will then be entered into the system. After taking the shot, the person will be observed closely for 30 minutes in the observation room to check for any side effects.

Only persons aged above 18 years of age can be vaccinated as of now though there’s no upper age limit. There will be two doses for immunising a single person and the first dose will be followed by a second dose after 28 days in case of Covishield. Each dosage contains 0.5 ml of the vaccine and it will be provided free of cost to everyone irrespective of caste, creed, religion or political affiliations. Fresh disposable syringes will be used per person for inoculation.

Speaking about adverse side effects, ADC Sumit Sattavan said, “If anyone has side effects after taking the vaccine at the session site then it will be addressed medically. If people report side effects after reaching home, then they will be immediately taken to the session site by an ambulance and kept under expert observation. Even a sneeze after taking the vaccine can be reported to the health authorities immediately and will be taken seriously.”

The Covishield has been prepared and manufactured by Serum Institute of India which is the Indian version of the AZD1222 vaccine prepared by the University of Oxford in Great Britain in collaboration with British-Swedish multinational pharmaceutical and biopharmaceutical company AstraZeneca. Usually, before getting any approval in India, international pharmaceutical companies are required to conduct “bridging studies” by testing the vaccine in the local population due to which the Covishield was prepared with the same UK formula and tested in the country.

The vaccine is stored at a temperature ranging between 2 to 8 degrees without any refrigeration. It uses a modified version of the adenovirus causing common cold in chimpanzees genetically engineered to carry the spike protein of coronavirus for inducing an effective immune response against the novel coronavirus pathogen whenever it tries to enter the host cells in future through the ACE2 receptor present in the human body.

In the third stage trial results published, the vaccine has been proved to protect against symptomatic covid disease in 70% of cases, with an efficacy of 62% for those given 2 full doses and 90% for those given a half dose and then a full one which the company later termed “serendipity” or good luck as it was a mere human error which led to a half dose first and then a second full dose after 28 days proving to be more efficacious in those participants than the initially formulated two full doses.