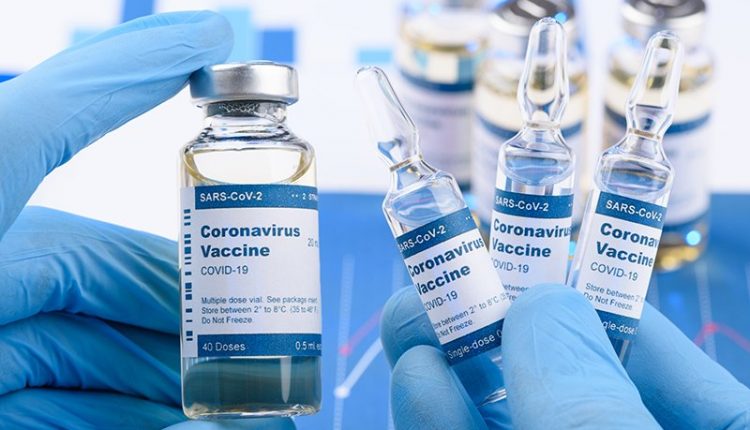 Himanta Biswa Sarma, the newly elected chief minister of Assam, is yet to come up with his predecessor Sarbananda Sonowal type – ‘Barak Bramhaputra Pahar Bhoyam’ appeal. However, he has often spoken about the assimilation of valleys and plains for the collective development of the state. Yesterday, the very prompt on social media-chief minister tweeted “Glad to share that we’ve vaccinated over 5 lakh people in Guwahati already, which is over 40% of the total population of 12,53,938 of Kamrup Metro District.”

Cachar has been consistently reporting the second-highest number of cases amidst all other districts in the state. In fact, according to the data shared by the district administration, Cachar reported the highest number of cases in Assam yesterday. Yet, in terms of vaccine allocation and inoculation, Cachar is far behind. Till morning of May 28, according to the Cowin dashboard, more than five lakh individuals in Kamrup Metro got at least one dose whereas around eighty thousand got both doses. In Cachar, the number drops 1.6 lakh total doses.

While it is true that Kamrup Metro was the worst hit by the second wave of coronavirus infections in the state but Cachar is behind Karmrup Rural, Nagaon, Dibrugarh despite having more voters, more cases. The number of voters becomes critical as the country is only vaccinating the 18+ population.

“Vaccination is going on in Cachar as it is running in other parts of the State. Yes, it is true that we don’t have as much as we need but that is also true for other districts. If we compare with Kamrup Metro, we will see they have more centers and better facilities. Cachar will also start gaining momentum now,” said Parimal Suklabaidya, Minister Fishery, Excise, Environment & Forest, who is also the minister in charge of the Covid situation in Barak Valley.

However, minister Suklabaidya made it clear that the district cannot increase the number of centres unilaterally as it needs approval at several levels. He said that the people are going to the centres, some are even traveling five to eight hours and many among them are returning without the doses. So, it is not that the people are unwilling to get their jabs, it is just that there aren’t enough available. “We had a video conference recently and these issues were discussed. They are being addressed and a solution will be on the ground very soon,” Parimal Suklabaidya added.

With the second-highest number of cases and one of the largest populations, why fewer doses to Cachar? “Democratised distribution of vaccine is not as advisable as the smart and scientific distribution of vaccine where it will make an instant impact by reducing the chance of infection,” responds Dr. S Lakshmanan, director of National Health Mission Assam.

He adds, “The idea is to vaccinate you so that I will get protected without vaccination. Here ‘I’ and “you” means the less risky and more risky person who is exposed more and can become more infectious. Hence just comparing based on population alone may not be logical in these circumstances.”

“The success in Kamrup Metro is not the story of the entire state and the low percentage of people vaccinated in Cachar is an example of that,” Sushmita Dev

Apart from the high number of cases, Kamrup Metro has strategic and economical importance too. “All over the state we have around 3,200 manufacturing units with 480 in Kamrup Metro alone while Cachar only has 90 units. We’re no big producing district which is a well-known fact,” says professor Joydeep Biswas, head of the department – Economics, Cachar College.

He adds, “But the tea industry is an advantage for Cachar district as it is a major contributor to the overall tea production in the state. Cachar has got its importance mainly because it has connectivity to other northeastern states and it is also a trading hub despite low production. We have also got a very good GST collection from the district. Cachar definitely has got its due importance in the overall economic scenario of the state which again is not a very bright one, even though we are doing well.” (To read more about the economical scenario of Barak Valley, click here)

“In Guwahati, the cases were urban-centric, while Cachar has rural spread. Now vaccinating all in rural Cachar is a great challenge,” Dr. S Lakshmanan, director NHM Assam

Cachar’s positivity rate is far higher than that of the state and moreover, the district houses the only government hospital with ICU and capabilities of treating symptomatic patients. This hospital is treating patients from Hailakandi, Karimganj, a part of Dima Hasao, and North Tripura. For a population of 40 lakh in Barak Valley, there are 100 ICU beds. When Dr. Lakshmanan says “who is at more risk of getting exposed” plays a factor in the allocation of vaccine, shouldn’t the lack of medical resources in the case of infection also taken into account?

“I congratulate the people of Kamrup Metro and the healthcare officials who managed to vaccinate 40% of the population and it is indeed a success story,” says Sushmita Dev, national president of Mahila Congress and former Silchar MP. She adds, “However, the chief minister, instead of boasting about Kamrup Metro, must disclose how many doses of vaccine the state has in its disposal, what is the State’s plan to vaccinate the rest of the population. The success in Kamrup Metro is not the story of the entire state and the low percentage of people vaccinated in Cachar is an example of that.”

Cachar has seven MLAs, and the ball is now in the court of all seven. It is their responsibility to ensure that their constituencies are getting an adequate number of doses and that there is no discrimination.

The man at the helm of affairs, Dr. Lakshmanan who was once the deputy commissioner of Cachar, believes, it is important to see the pattern of the disease as well! “In Guwahati, the cases were urban-centric, while Cachar has rural spread. Now vaccinating all in rural Cachar is a great challenge, but with 1.6 lakh vaccination, you could have saturated the Silchar town pretty fast so that focal points of spread could have been stopped,” says Lakshmanan.

A healing Guwahati is a massive encouragement, it fills Silchar with the perfume of hope. It also sends a message loud and clear that the vaccines are working. The message of healing Kamrup Metro has reached Cachar, now it remains to be seen if the doses follow.