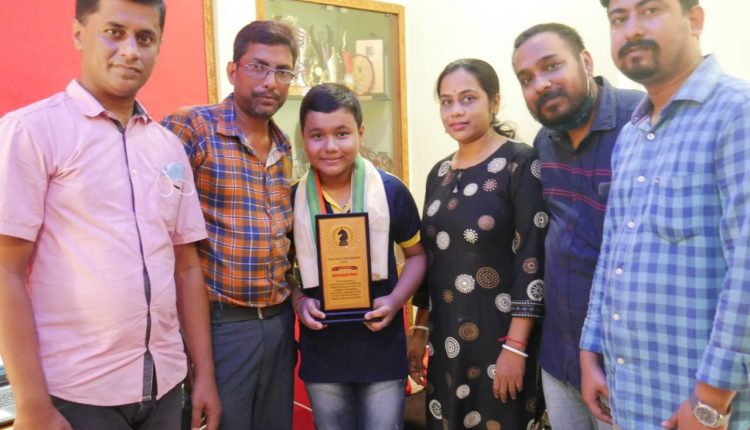 Cachar youths shines bright on the occasion of World Chess Day; Abhrajyoti and Amritasmi felicitated by the CDCA

On Tuesday, on the occasion of World Chess Day, the state junior online rapid chess competition was organized. In that competition, Silchar youth Abhrajyoti Nath and Snehal Roy made the district proud by securing the 1st and 3rd places respectively. Snehal finished third with five points in six rounds after a draw with state-renowned chess players Mayank Chakraborty and Muhyman Thakuriya.

On the other hand, Pranagobinda Parashar Kashyap came second with five and a half points in six rounds. Despite a draw with Kashyap, Abhrajyoti Nath became the champion after easily beating Mayank in the final round and winning in the tiebreaker according to the Buchholz system pointer with five and a half points. On behalf of the Cachar District Chess Association (CDCA), the two winners were warmly congratulated by the association’s President Professor Charvak and General Secretary Nirmalya Chakraborty.

In this regard, Abhrajyoti Nath and Pranagobinda Parashar Kashyap will participate as the official representatives of Assam in the Online National Junior Championship scheduled to take place from July 22 to 24. Snehal Roy will also play at the national level as the special entry category. Also, on that day, the arbiters conducting the online matches were Pranab Kumar Nath, M Arun Singha, Professor Charvak, Taba Nam and Manimala Singha. 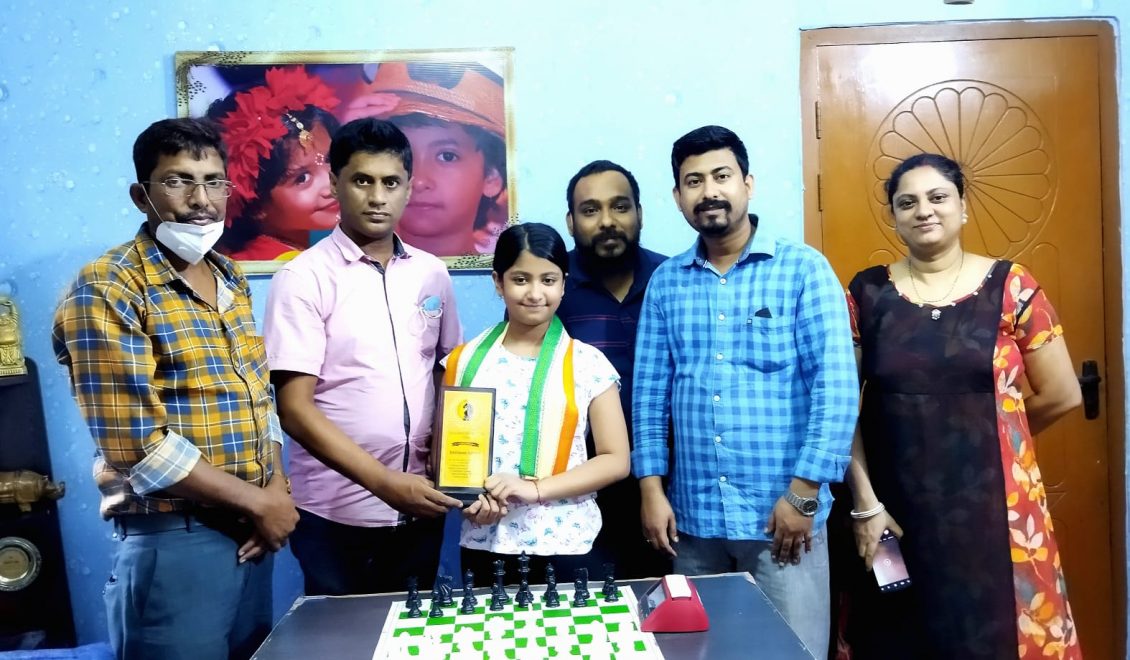 Meanwhile, on the occasion of International Chess Day on Tuesday, the two outstanding chess players of the district were felicitated by the Cachar District Chess Association (CDCA). Abhrajyoti Nath, who has been selected in the 15-man India squad of the Under-14 category in the World Rapid Chess Championship, and Amritasmi Barman, who has made it to the National level Chess Championship to represent Assam by securing 2nd position in the state chess Under-18 women’s category, were both felicitated at their homes by presenting them with mementoes and shawls by Nirmalya Chakraborty, Bibendu Das, Manoj Das and Rajdeep Das on behalf of the CDCA. The several others who have also made it to the state and national level championships couldn’t be reached that day due to the limitation of time. They’ll be felicitated the next day by visiting their homes, said the General Secretary of the association, Nirmalya Chakraborty.

On the other hand, the Chaturanga Philatelic and Numismatic Society (CPNS) celebrated the occasion of World Chess Day by releasing private postcards. The card was unveiled through an online event on Tuesday evening. Abhrajyoti Nath has been cleared to play for India in the under-14 category of the FIDE Youth Cadet World Chess Championship. The card was issued in honour of his achievement as well as wishing him further success.