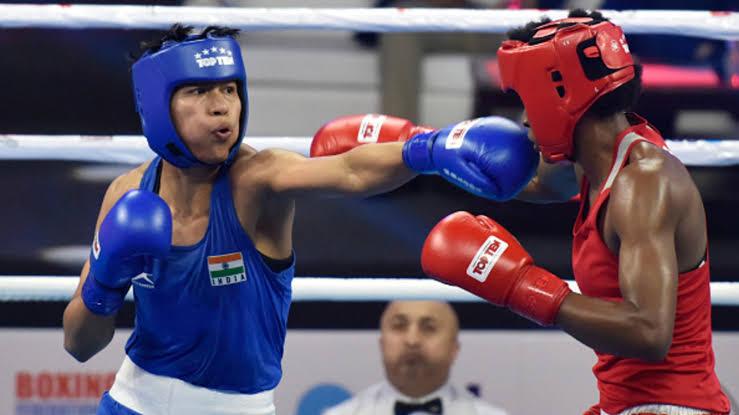 Can Lovlina Borgohain punch her way to Olympics glory in Tokyo 2020?

Lovlina Borgohain, first woman boxer from Assam to qualify for Olympics, will square off against Chinese Taipei boxer Nien Chin Chen on Friday in the quarter finals of the ongoing Tokyo 2020 in 69 Kg ( welterweight) category. She is just one win away from ensuring a medal.

Lovlina , who hails from Baromukhia village in Golaghat, already created history by becoming the first sportsperson from Assam to make it to the quarter finals of an Olympics .Can she push the envelope a little further and punch her way to Olympics glory?

Lovlina became the second sportsperson from Assam after Badminton player Dipankar Bhattacharjee to make it to the quarterfinals of the quadrennial event when she received a bye in the first round. Bhattacharjee is the first Olympian from the state who participated in the 1992 Olympics in Barcelona. 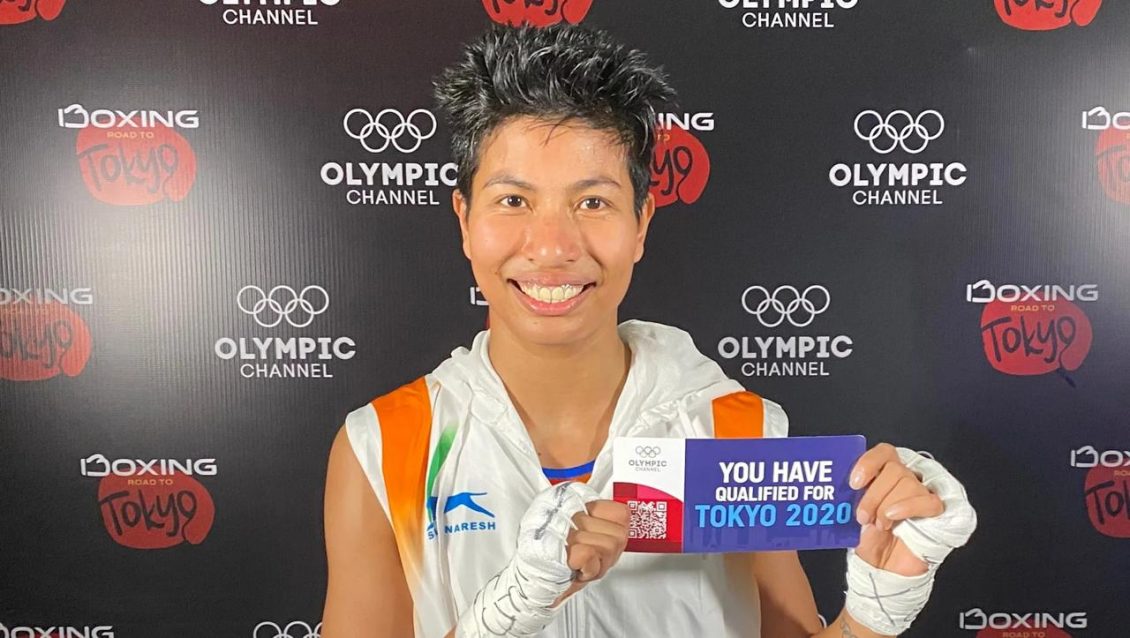 The whole of Assam is praying for Lovlina. In the run up to the Tokyo Olympics 2020, Chief Minister Himanta Biswa Sarma had flagged off a bicycle rally. It was a part of a goodwill campaign, “ Go for Glory, Lovlina” to cheer for “ Assam’s daughter” in Tokyo 2020.

The first sport which Lovlina started playing seriously was “ Muay Thai”, a form of kickboxing, along with her twin sisters Licha and Lima. But later she shifted to boxing.

Lovlina was first spotted by coach Padum Boro when boxing trials were conducted by SAI (Sports Authority of India) at her school , Barpathar Girls’ High School. Her first big moment in boxing came when she won a Bronze at Asian Boxing Championships in 2017.

She won another Bronze at the 2021 Asian Championships held in Dubai. Besides the Assam boxer has also bagged two Bronze medals in world championships. Lovlina had secured qualification for the Tokyo Olympics by winning a Bronze in the Olympic Qualification Tournament in Jordan in 2020. 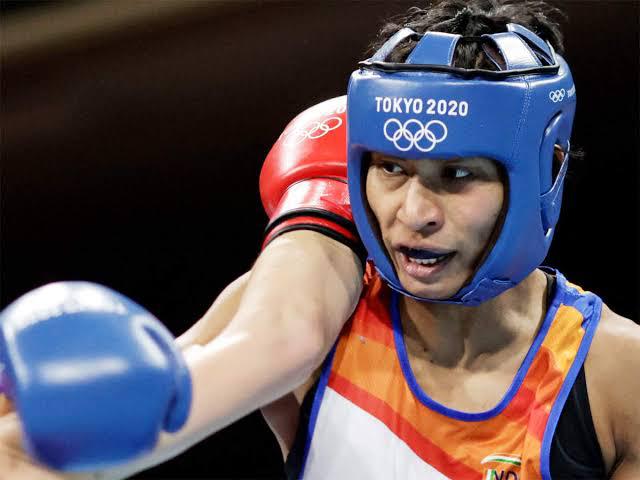 In the pre-quarter final bout Lovlina was pitted against German boxer Nadine Apetz. Nadine is the first ever woman boxer from Germany to have competed in the Olympics. Both Lovlina and Nadine have the distinction of winning two Bronze medals in the Asian championships.

A panel of 5 judges award points to boxers in a boxing bout. The points are awarded on the basis of tactical supremacy, number of blows and technical superiority. A bout is made up of 3 rounds. Each round is 3 minutes long in duration. A break of 1 minute is given after the end of a round.

Lovlina showed great rhythm in the first round. She did not allow Nadine to land scoring punches easily. The 5 feet 9 inches boxer from Assam landed a combination of punches. The first round went in favour of Lovlina, 48-47. In a split decision three judges gave 10 points to Lovlina.

In the second round too Lovlina was the better boxer. Three judges awarded her 10 points which saw her finish with 48 points while her German opponent got 47 points.

In the final round Nadine prevailed and managed to get a single point advantage. But it was not enough to undo the good work done by Lovlina in the previous two rounds. The 23-year old boxer from Assam was tactically superior in the first two rounds and used her long reach to good effect.

Lovlina will face a stiff challenge from Nien chin Chen in the quarter final. The Assam boxer had lost against Nien the last time they had met in the semi-finals of the world championships in 2018 held in New Delhi. The Chinese went on to win the title.

A few hours from now Lovlina will be playing the biggest match of her career at the Kokukigan Arena in Tokyo. She will be cheered on by every Indian with bated breath.