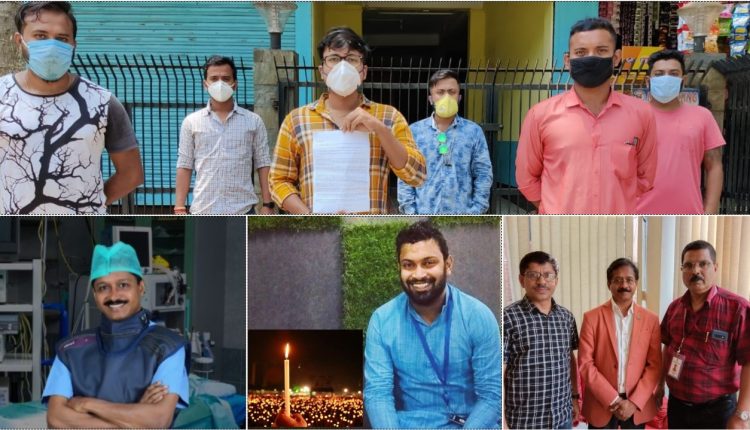 Rocky Balboa said, “One step, one punch, one round at a time.” In the bout between life and death, first-round belongs to life, to Thousand Sayantan.

October 9, 2019, people of Barak Valley had just started wishing each other ‘Subho Bijoya’ (after Dashami) and the news broke bringing everything to a standstill. 25-year-old Sayantan Chakraborty had succumbed to a cardiac arrest. He was on his way to North Eastern Indira Gandhi Regional Institute of Health and Medical Sciences as Silchar Medical College and Hospital could not facilitate angioplasty.

Sayantan left once and for all. But on his way, he taught a lesson to friends, his acquaintances and thousands of others who read the story of his death. He made people realise that Sayantan is not alone, there are Thousands of Sayantans dying every now and then because of inadequate medical facilities, doctors. The sorrow of Sayantan’s departure gave birth to a mission – to enforce a change and improve the medical conditions. A group of his friends and acquaintances united to form ‘Thousand Sayantans’.

“Dr. Gopal said he will visit with his team once a month for three to four days. He will treat patients at SMCH and as the facility improves, he will even perform surgeries. At the same time, Dr. Gopal will train the doctors in SMCH too,” informed a member of Thousand Sayantans group.

In return, Gopal said he won’t charge any money, only his and his team’s travel and stay needs to be taken care of the authorities at SMCH. The proposal was awaiting approval from the Health Department. In a letter to the Director of Medical Education in Silchar, additional secretary, Choudhury wrote, “I am directed to convey the approval of the Health & Family Welfare Department to the proposal to allow Dr. Rakesh P Gopal. Cardiologist, Apollo Hospital, Chennai to render his services at Silchar Medical College Hospital for 3 (three) days a month on a pro bono basis, in view of the absence of qualified Cardiologist at Silchar Medical College Hospital.”

An estimated budget of Rs 1.5 lakh has been earmarked to reimburse the team’s travel and stay. “This will be borne out of the fund available in the Hospital Management Society, Silchar Medical College Hospital. The above-mentioned arrangement is approved in the larger public interest for the initial period of 3 (three) months and may be extended by the Government depending upon the outcome/ experience, as reported by Principal-cum-Chief Superintendent, Si!char Medical College & Hospital,” added the letter.

Dr. Rakesh P. Gopal might visit Silchar soon to treat patients. Back in 2007, Dr, Ravi Kannan had also made one such unprecedented visit and Barak Valley found its lamp to fight the darkness induced by Cancer. Today, he is Padma Sri Ravi Kannan.

“Many of us see a Ravi Kannan in Rakesh P. Gopal. We are hopeful that Silchar will soon have its cath-lab and SMCH will be able to facilitate angioplasty. We are told a tender is on its way. This would not have been possible without the help of honourable Health Minister and his department. We are also grateful to a former officer in Assam Government, Swapnanil Baruah, local political leaders from all political parties and most importantly to Dr. Babul Bezbaruah and Dr. Ravi Kannan. This is just one step. Thousand Sayantans have miles to go,” a member of the group concluded.