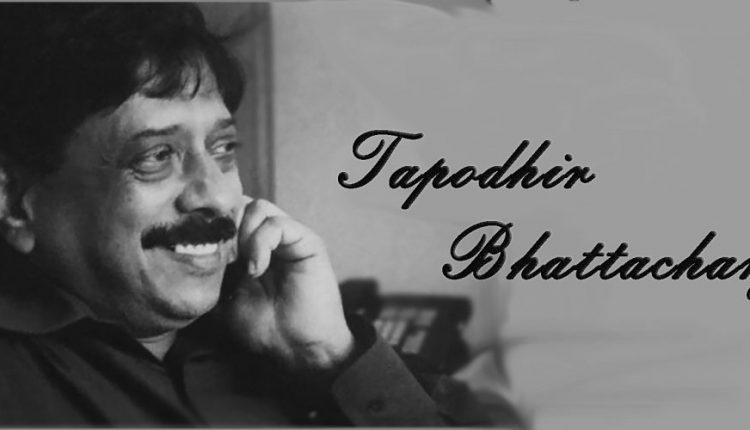 Case filed against Tapodhir Bhattacharjee for his Aajkal column; What happened to freedom of expression?

No, he did not write “Desh ke tukde tukde karenge Inshallah Inshallah” neither did he shout slogans of “lad ke lenge azaadi” nor did he say “Ram Jyada ya Haramjyada”. He, in a very well-civilized manner, penned down an opinion piece for one of West Bengal’s leading daily ‘Aajkal’. The piece depicted the current state of affairs in South Assam in general and Barak Valley in particular. The opinion piece was an exhibition of literature powered by hard-hitting facts. India-the largest democracy in the world considers press as its fourth pillar, and dailies published all across features opinion pieces written by eminent personalities. “He”, who we are referring to here, is no less than eminent, in fact, he is a scholar well respected by the intelligentsia throughout the length and breadth of the country, former vice-chancellor of Assam University, Silchar, professor Tapodhir Battacharjee.

The opinion piece was published on July 3, 2018, and since then the Assamese media made it their talking points. Spokespersons of several ethnic and religious organisations countered Bhattacharjee’s comments and called him names. Few accused him of acting like a mouthpiece of BJP and RSS, while others felt he is causing harm to the communal harmony. Many a time a column gets flak from the mass but seldom it reaches to a level where the judiciary is dragged onto it.

Guwahati based Manash Chalia lodged a complaint against Bhattacharjee in Dispur Police Station, based on which a case has been registered against the former VC under IPC 120B (Criminal Conspiracy) and 153A ( Promoting enmity between different groups on grounds of religion, race, place of birth, residence, language, etc., and doing acts prejudicial to maintenance of harmony by words spoken or written…). The court will now summon Bhattacharjee soon, and the legal proceedings will unfold.

Barak Valley is least impressed by the Assamese media and the reaction to a piece which stated nothing but the truth. As a matter of fact, the Assamese media totally ignored the story of the 102-year-old lady, and the 103 year-old-man struggling in the detention camps set up by the state. The media establishments in Assam has been busy portraying NRC as a panacea freeing Assam from illegal infiltrators, ignoring the slow poisoning happening in Barak Valley, and that is what Bhattacharjee’s Aajkal column is all about. He sheds light into the chaos and carnage and with his words, he creates the imagery of NRC as a poisonous procedure and proves with counter-arguments that it is not a panacea to be ecstatic about. If the media outrage was exasperation, this case is an act of slaughter of freedom of expression, in what is known, as the largest democracy in the world.

“Tapodhir Bhattacharjee’s op-ed is not only his personal opinion, it is very much the sentiment of Barak Valley and that will get proven today in the evening in front of Khudiram Bose’s statue in Silchar,” said a senior Guwahati High Court lawyer. Barakbulletin.com has information that a huge gathering is expected in front of Khudiram Bose’s statue to show a strength of unity. The gathering will stage a demonstration in support of the former VC is what we are hearing.

India’s nature of democracy is such that it allows everyone to knock the door of judicial institutions, lodge complaints, file petitions, something that the country is very proud of. But, when Tapodhir Bhattacharjee is summoned by the honourable court and he is forced to report in front of the bench, that day will depict the abysmal level of tolerance and acceptance in Assam. It is in this Assam, where 11 young Indians picketing peacefully to save their right to speak and write Bengali officially, were shot dead by the Assam Rifles under the direction of state machinery.

It is worth mentioning here that the Assamese media which has been anything but partial in criticising Bhattacharjee for his opinion piece, said nothing when several spokespeople on camera warned publically that they will pick up weapons to decimate those, who pose any threat to the tradition of indigenous Assam. Chalia who went to the police station did nothing when the entire Bengali community of Barak Valley was repeatedly portrayed as illegal immigrants at best and Bangladeshi at worst… well, that is why they say “Pen is mightier than a sword” the weapons got ignored while the pen is about to be summoned.

Here is a screenshot of the opinion piece. (Copyright: Aajkal) 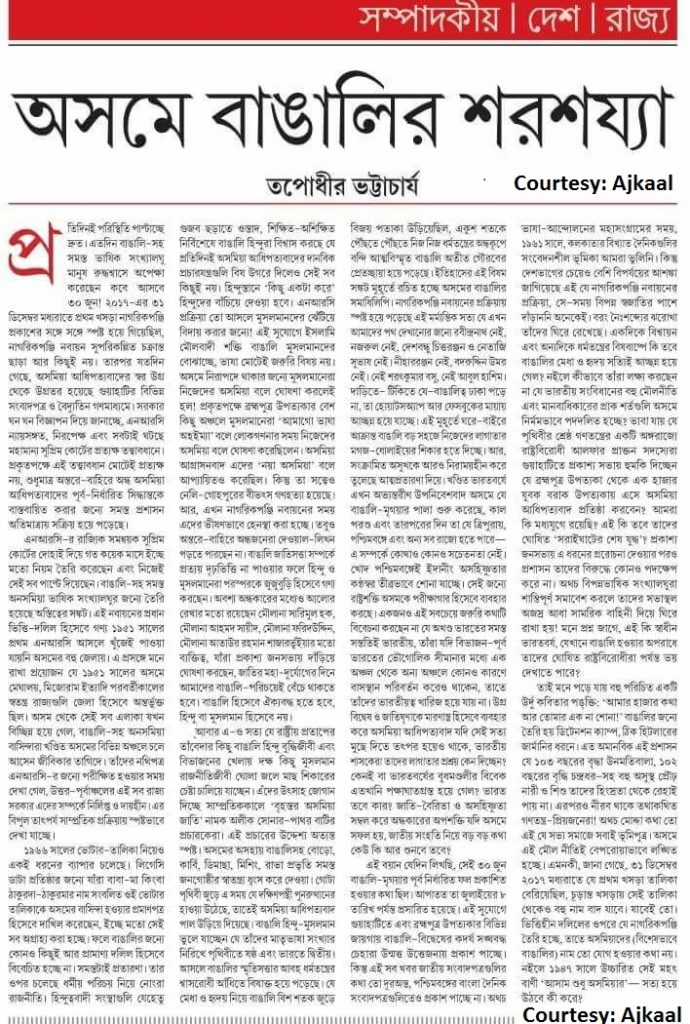 Today’s Headlines: Who is Tapodhir Bhattacharjee? I did not hear the name – Himanta. Police responsible for severe traffic congestion in Silchar – Municipality Commissioner.

Today’s Headlines: Progress of new Sadarghat Bridge work…...Will be inaugurated within 31 Mar 2019. A case has been filed against Tapodhir Bhattacharjee in Dispur police station.