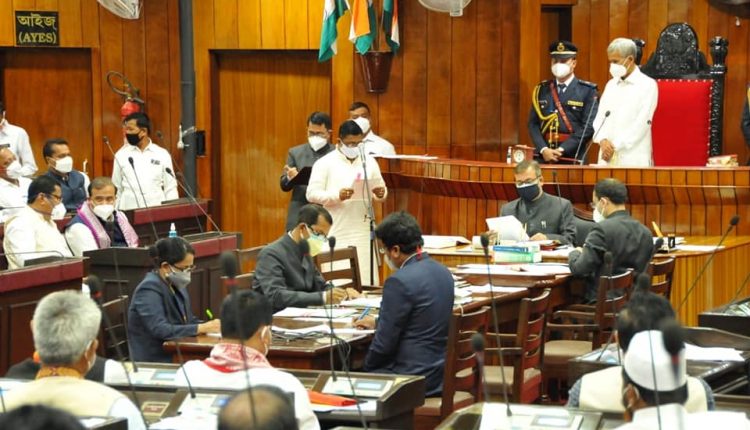 "Challenging times," Dipayan Chakraborty after completing a month in office, "Water issues will be resolved soon," he says

“I became an MLA at such a difficult time when the second wave of Corona hit us badly. But I went to work with responsibility‌ on my shoulders. Improving health care is my biggest achievement in my first month as an MLA.” This is what Silchar MLA Dipayan Chakraborty said.

In an interview before being elected as MLA, Dipayan Chakraborty told the Barak Bulletin that resolving stagnant water and traffic problems would be his primary goal. Even a month after taking his oath as a legislator, the MLA of Silchar emphasized those two problems. But as of now, the biggest problem in front of him is the Corona crisis. Added to that is the issue of drinking water.

Dipayan Chakraborty said that he has been working to fight against Corona since the first day at the office. He said, “Even before I was elected MLA, I was working to help fight the Corona pandemic. Our party has taken several steps to ensure the same. However, ever since I’ve become MLA, that responsibility has increased.”

Dipayan Chakraborty further said, “Silchar Medical College has improved a lot under the leadership of former Chief Minister Sarbananda Sonowal. At the time, Himanta Biswa Sarma was the health minister of the state. This time he is the Chief Minister and he has paid special attention to the Silchar Medical College by taking the responsibility. He has paid special attention to Barak valley. The biggest example of this is that within a month, two cabinet ministers have visited Barak. He is already looking into the various problems here, which is a great achievement in itself.”

The drinking water problem in Silchar has exacerbated in the last few months. The newly-elected MLA thinks that Silchar will overcome this problem soon. He has already held a meeting and instructed the engineers to solve this issue. He said, “Yes, there is a problem with drinking water. However, I have already had a couple of meetings on this. This problem will be solved in the next few months. Work is underway to build four overhead tanks in the city. In most of these cases, the work has progressed a lot. However, due to the pandemic, the work has been hampered a bit.”

The MLA of Silchar said that the problem of the Urban Sewerage Board is more glaring. He said, “Employees have been underpaid for the last eight months. Urban Sewerage Board employees across Assam have not been paid for the past few months. This is what is causing the problem. How will the employees work if they don’t get paid? I will raise the issue in the assembly.”

The Silchar MLA said that if all goes well, Guardian Minister of Assam, Ashok Singhal can visit Barak on June 16. Dipayan said that the problems of this region will also be highlighted to him.