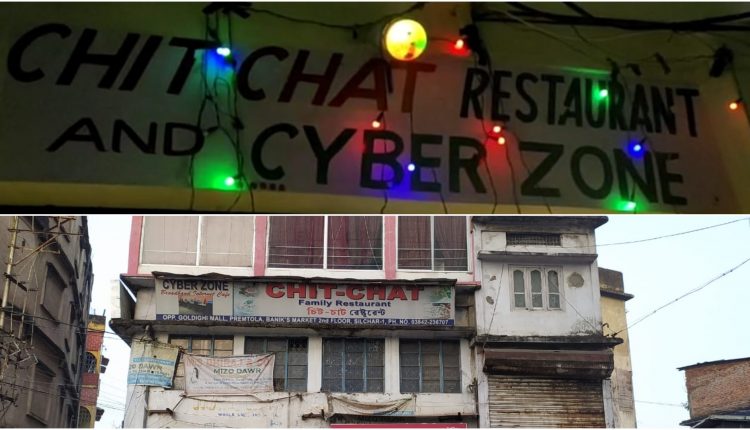 Chit Chat incident: "We were abused, filmed and our video was posted on Social Media," the girl records her statement

When produced in the court, the girl – a student studying in Silchar recorded her statement. She submitted her statement to the Magistrate under Section 164 of the CrPC. According to her version of the incident she had left from her private tuition when she saw her boyfriend and they both decided to go to a food joint to grab a bite and spend some time together. Her mother was supposed to pick her from Premtala and that is why they decided to go to Chit Chat restaurant as it was located in the vicinity.

“When we entered the restaurant, we asked the service provider to provide us a table in the open public place within the restaurant. But one lady who seems to be the owner of the restaurant told us to sit in the cabin, accordingly the waiter took us to the cabin,” she said in her statement.

She added they were in a relationship for more than two years and inside the cabin they got intimate. “After a few minutes, a mob entered into the room who introduced themselves as members of the Bajrang Dal and started physically assaulting my boyfriend. They also verbally abused me by uttering slang language against me and my parents. They started recording the incident and threatened they will make it viral,” the girl mentioned in her statement recorded.

She told the magistrate that the Police came and rescued them, but while they were on their way to the Police Station, the mob stopped the vehicle and started assaulting them again. They asked her for her phone number and being scared she gave it away. “Till today they have been threatening me,” she said.

What came in as a shocking revelation in her statement is that there were five, six cabins inside the restaurant and there were couples inside each one of them and yet the mob only attacked them. The boy she was out with has a surname that resembles a surname commonly found in a non-Hindu community. Initially, the mob had alleged that the restaurant was promoting Love Jihad and accused the boy of luring a Hindu girl away. However, later it was established that both of them belong to the same religious community ruling out inter-religion affair.

The girl did not mention anything about love jihad in her statement but confessed that whatever they were doing inside the cabin was consensual. However, she did put it on the record that her video was made viral by a Facebook account, she was filmed against her will and she is still being threatened.

It is clear, that the modesty of a woman has been outraged and her compromised situation has been exploited. Now, how the Police investigate the matter and if they manage to nab the group of men who filmed her, remains to be seen.