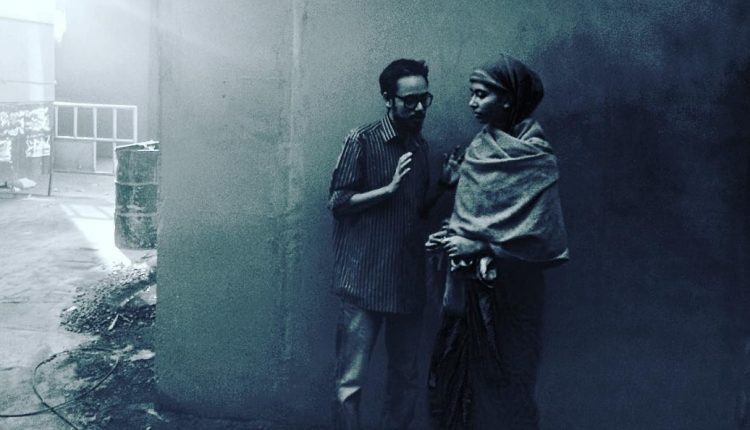 Cinema can provide an opportunity to look inside our own self: Silchar's Anunay Barbhuiya

When legendary American filmmaker Martin Scorsese said, ‘Cinema is a matter of what’s in the frame and what’s out’, most of us conceive this quote with an allusion to montage. What we often tend to forget or miss is the fact that this quote works perfectly in the broader context as well, i.e, the path to becoming a filmmaker. And perhaps nobody could’ve realised it better than indie filmmaker and FTII alumnus Anunay Barbhuiya of Silchar, Assam.

Youngest of four siblings, Anunay was born and brought up in the heart of Barak Valley, with an innate love for cinema being permeated by his family right from an early age. “Fortunately, my family members exposed me to Indian classics and Parallel films made from the 80s which created a different image and meaning of cinema for me. I realised cinema can be this too,” said Anunay, when asked about his unflinching love for cinema. Growing up in an era of very limited access to films, the 33-year-old mentioned the importance of Doordarshan back then when it used to screen critically acclaimed films as well from across the nation.

But accessibility and affordability were not enough to deter him from his passion. Initially an engineering aspirant, Anunay did his graduation from the National Institute of Technology, Silchar (NITS). “Though I enjoyed some of the subjects while pursuing engineering but I never found myself indulging in them beyond that. By 3rd or 4th year, most around me were interested in jobs and further studies for better jobs. That was quite disillusioning for me. I got a job in IBM Global Business Services while being in college and left for Pune soon after completing my degree.”

But within a year of working, Anunay, as inquisitive as ever, found himself questioning the purpose of his work. “Does my work has any relevance or not? I could realise my job can be replaced by anyone with a similar degree and dedication and I started to question the very purpose of my action and my very existence. There was a lot of unrest inside me.” said the former IT professional.

But the storyteller in him never really left. He then went on to say, “Around the same time, one of my friends took me to the Pune Film Festivals which I ended up attending regularly for the next few years. Many films seen in those years helped me face my questions and the unrest I was going through rather than running away and giving in. Something which was made in another part of the world in a different time, coming from very different realities could comfort me. I wasn’t feeling as left out or clueless.” The world of indie art films is where Anunay found his home, his much-needed solace.

And this probably is the turning point in his life, as he decided to try his hand in the art of filmmaking. Despite having a demanding job, Anunay prepared for further studies, this time in filmmaking & screenplay writing, and after grinding for 3 years in the IT sector, he finally made it through the prestigious Film and Television Institute of India (FTII), Pune in 2014. Since then, there was no turning back as he put his head down and immersed himself in the multiverse of cinema.

“While studying in FTII we were shown films on all weekdays which were part of our academics. There I got exposed to many filmmakers from around the world. Some of the filmmakers who played important roles in my exploration and growth were: Yasujirō Ozu, Rainer Werner Fassbinder, J. L. Godard, Michelangelo Antonioni, Mrinal Sen, G. Aravindan, Jia Zhangke, Roy Anderson, Abbas Kiarostami, Aki Kaurismaki etc.” Anunay’s inquisitive mind has always wandered in the corridors of world cinema and found them liberating if not enlightening.

His short film ‘Wet Blue Tarpaulin’ (ভিজা নীল তেরপাল), which was produced as a part of his FTII Diploma project, has been screened in several film festivals all over the nation. Starring Rudra Das Gupta from Karimganj as the protagonist, it received official selection for festivals like Madurai International Documentary and Short Film Festival (2020), Kalinga Global Film Festival (KGFF), 2020, International Short and Independent Film Festival, Dhaka (opening film) (2019) and Kalpanirjhar International Short Fiction Film Festival, Kolkata (2019). Besides, it has also won ‘Best Direction’ at the 9th DMCS National Film Festival, 2020 (Pune), ‘Best Students’ Film’ at the 11th Indian Film Festival of Bhubaneswar, 2020, and the Golden Owl (Cinematography, Fiction) at the 11th Cut.In National Students’ Film Festival, TISS Mumbai  (2019). His other works include two short films, namely ‘White Noise’ (2016) and ‘Riverbanks’ (2017), as well as a documentary titled ‘Around the jackfruit tree’ (2019).

But coming from an institute boasting of alumni like Naseeruddin Shah, Shabana Azmi, Om Puri, Rajkummar Rao, Rajkumar Hirani, Jaya Bachchan, and many others like them, why stray away from Bollywood? “I believe in a kind of cinema which creates a platform for discourses – with ourselves and our environment, both tangible and intangible ones. It requires a lot of introspection, questioning, and dedication. Hindi film industry or most film industries like it are seldom different from any other industry. Though lakhs of families sustain because of that the main motive remains that of production, of something which is consumable. Though I wouldn’t say all films made in the Hindi Film Industry is made with the same intention. Many films do ask important questions. Production, distribution, screening is reality, no running away from that. Without this, films won’t be accessible to people. But considering that right now I am privileged enough to sit at home, working on my ideas and my scripts, I would want to be more truthful to that process.”

For inspiration as a screenwriter, Anunay looks for conflicts that people deal with every day. Be it moral, social, or political, or whether at a personal level or at a larger level, his acute analytical sensibilities often oozes out in his stories. “Most of my ideas are attempts to understand these conflicts. I don’t think cinema can provide answers. But it can provide an opportunity to look inside our own self.” He stresses that something which comes from a very personal space has a quality to be universal.

Currently, Anunay is co-writing a script for a friend who is a Director from Jharkhand. At the same time, he’s also researching for a documentary and trying to arrange funds for it.