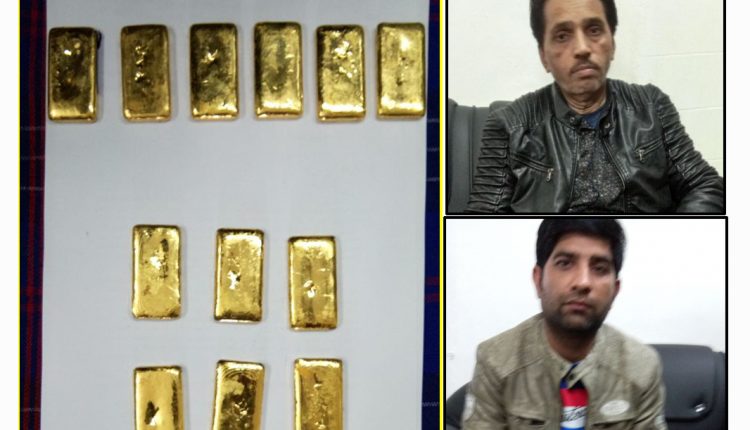 In a shocking turn of events, yesterday afternoon, two passengers were caught at Silchar Airport trying to smuggle two kilograms of illegal gold worth Rs 60 lakh.

During the security check-in, the CISF (Central Industrial Security Force) found two passengers with 12 gold-biscuits hidden in their body cavity. After further inspection the authorities found this as a case of suspicion and handed over the convicts and the confiscated gold to State Police officials for further investigation.

The two culprits are identified as Jagdish Lal (63 years) and Kishore Kumar Kakkar (37 years old). They were boarding Air India aircraft AI-754 and traveling from Silchar to Delhi, via Kolkata. The flight was schedule to depart at 5:10 PM.

The officer-in charge of the security at Kumbhirgram airport informs, “There were no prior intimation and the entire bust was carried out by the CISF authorities. This is the third such instance of irregularities that we came across in the last six months.”

Last week the authorities had arrested two person on charges of smuggling gold biscuits, suspected to be from Myanmar. During security check-in, CISF personnel noticed the presence of metal in the bodies of the passengers who were scheduled to travel to Calcutta. During thorough checking, each of them was found to be carrying seven pieces of gold biscuits, wrapped in a balloon inside their rectum. The accused, along with the seized gold, were handed over to custom officials for further legal action

The authorities also tweeted about the incident on their official page:

Silchar Airport is located at Kumbhirgram, 29 km from Silchar.  The airport is situated at an elevation of 338 feet above the sea level.

We are proud that our airport has such vigilant officers around. Good job!