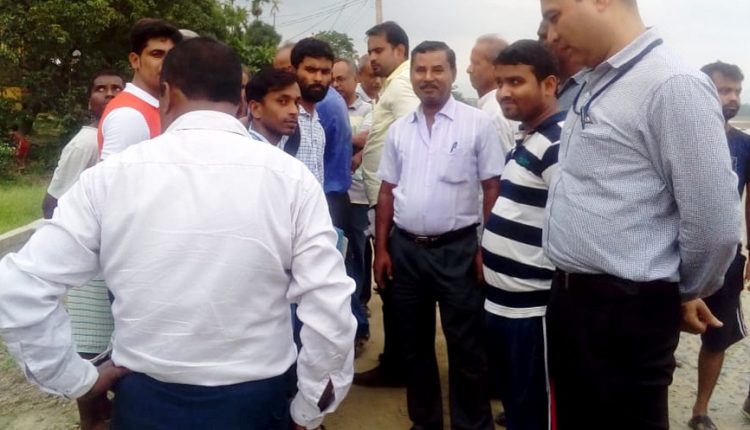 A senior official of the cell Nilotpal Deka, who was accompanied by a four-member team of the National Institute of Technology (NIT), Silchar, spoke to local residents to learn about the work progress.

The embankment repair work at Panchgram Kalibari area, around 22km from Silchar, was started around four years ago. Panchgram gaon panchayat president and president of the BJP Yuva Morcha, Hailakandi unit — Suroj Sent had raised questions on the quality of work and reached out to chief minister Sarbananda Sonowal seeking his intervention into the matter following which the inspection was initiated.

Talking to media persons, Deka said the inspection was being carried out thoroughly to find out all aspects regarding the embankment repair work. People’s support and co-operation will be needed, he said.