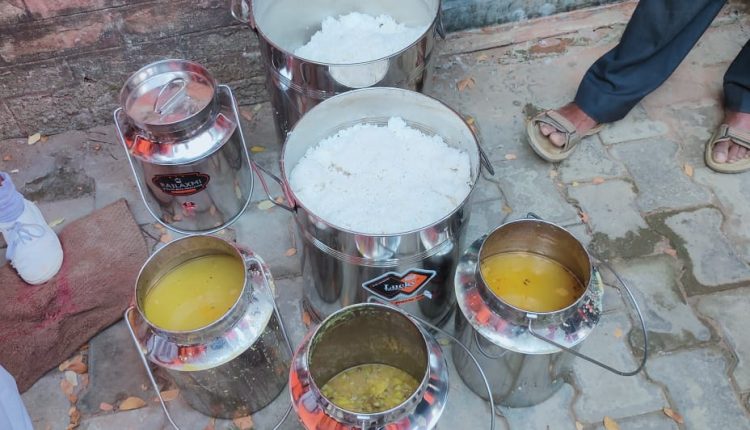 It was already chaos with thousands and thousands of mid-day meal workers protesting against the government’s decision to hand over the responsibilities to private NGOs. Today, the matter became a law and order issue in Silchar.

Mid-day meals in government schools is a government initiative that has been going on since a very long time. While earlier the meals were cooked by mid-day meal workers in the school itself, starting November 1, 2019, the private NGOs took the responsibility.

Today, when the car with food reached DNNK School in Silchar it was well past the recess. According to the teachers of the school, the quality of the food was so poor that they refused to serve it to the students. The principal of DNNK School Paritosh Dey questioned the quantity too. “We have 300 students studying in the school but the quantity of the food they sent could only be served to 50 of them. The quality of the food was such that we refused to serve it to our students,” he said.
By the time the food reached the school, guardians were already there waiting for the school to get over. When they saw the food they got irked and stopped the delivery man. They also checked the food and complained that the dal was more turmeric water while they found foul smell coming out of the potato fry and rice. “The delivery boy had no clue what he was serving. He said his job is to deliver the food and not check the quality,” said an angry guardian.

Not only DNNK, but there were complains in Narshing High School, Netaji School and many other institutions.
In the meanwhile, near Ram Nagar Silchar, the agitated mid-day meal workers stopped a delivery van and vandalised the utensils after throwing them on the road. Overall, this decision to handover the mid-day meal responsibility to private NGOs has taken a chaotic turn.
AssamBarak ValleyMid-Day Mealmid-day meal in schoolserved by NGOstudents complainteachers
Share

TRP List: Here's the top five Hindi and Bengali shows of this week