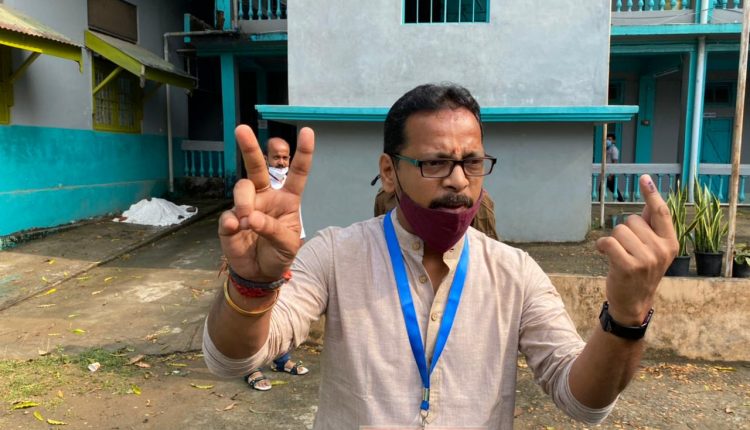 Congress candidate from Silchar, Tamal Kanti Banik has cast his vote at Oriental School. He reached the polling station at around 7:30 am but could not cast his vote as there was a malfunction in the EVM.

“Voting process was kept on hold for about an hour. I have been told that the deadline will be extended by an hour in the evening,” said Banik while speaking with the press.

It is worth mentioning here that the voting process in Cachar has begun at 7:00 am and will continue till 6:00 pm.

Banik said his contest will be with “The senior independent candidate.” He was referring to the two-time MLA from Silchar, former BJP’s primary member Dilip Kumar Paul.

Banik also said that in Silchar LAC there is “no chance of polarisation.”